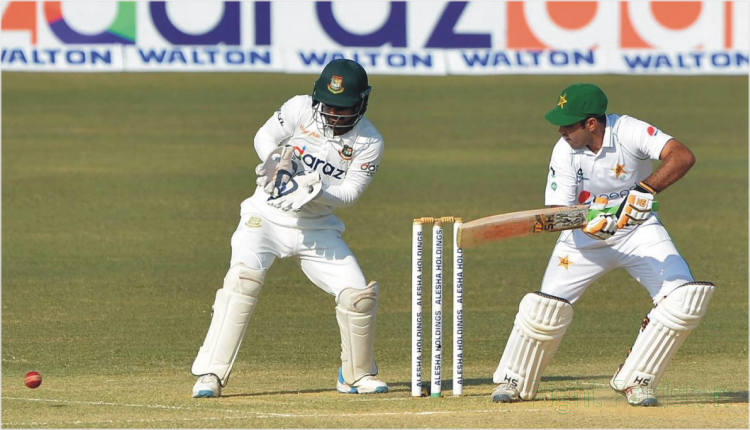 In the Dhaka Test match, Pakistan made a clean sweep in the Test series by defeating Bangladesh by an innings and 8 runs.

The second match of the ongoing two-Test series between Pakistan and Bangladesh was played in Dhaka.

Eight wickets for Sajid Khan (15-4-42-8)👏👏👏
Pakistan bowl out Bangladesh for 87 and enforce the follow-on!#BANvPAK pic.twitter.com/TyX3kW7OFS

The match started late on the fourth day and the game started with Pakistan’s innings. 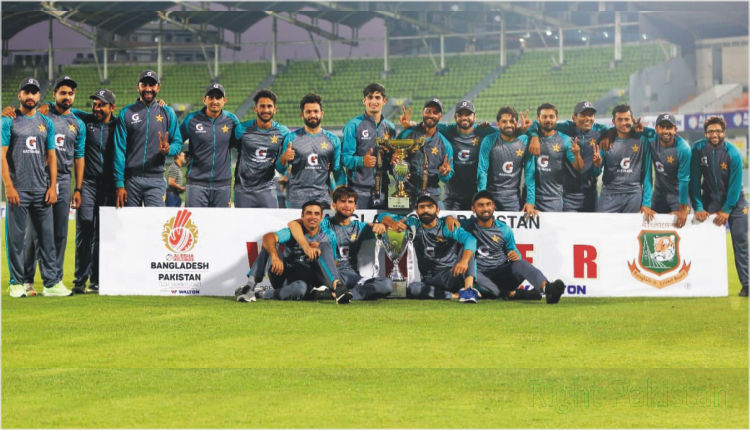 On the fourth day of the Dhaka Test match, Bangladesh scored 76 runs for the loss of 7 wickets.

Thus, the Pakistani Squad got a lead of 224 runs in the first innings.

After that Pakistan declared the first innings at 300 runs. Bangladesh’s batting faltered at the start of the innings with seven wickets in hand for just 76 runs.

At the end of the match on the fourth day, Bangladesh scored 76 runs for 7 wickets. Thus, Pakistan got a lead of 224 runs in the first innings.

The third day of the Dhaka Test match could not be played due to continuous rain. 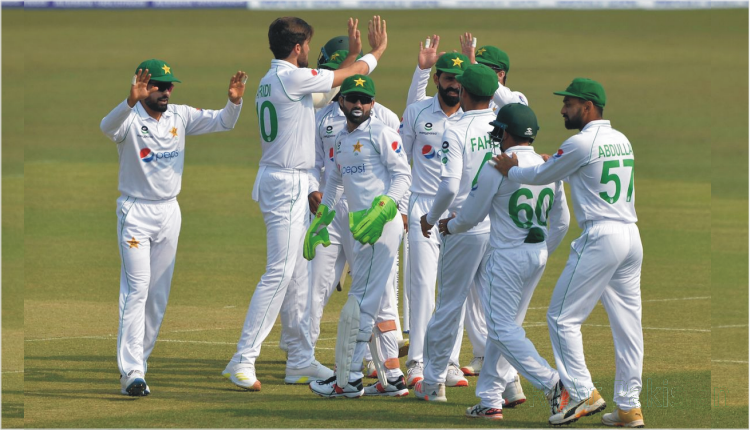 On the second day of the game, the match started after lunch break due to rain and wet pitch. However, after only 6.2 overs, the match was stopped again due to rain.

After a long wait, the umpires announced the end of the second day’s play if the rain did not stop.

At the end of the second day’s play, Pakistan had scored 188 runs for the loss of 2 wickets.

On the first day of the Test match, Pakistan won the toss and elected to bat first against Bangladesh.

Abid Ali and Abdullah Shafiq started the innings but both the players returned to the pavilion with 39 and 25 runs respectively.

By the end of the day, the national team had scored 161 runs for the loss of 2 wickets.

If you want to watch the PAKvsBAN Dhaka Test match live, please click any of the following links.

Highlights are published time by time. Please stick with us to watch the highlights of the Match.

Bangladesh won the toss and elected to bat against Pakistan in the Test match.

It is to be remembered that Pakistan had whitewashed Bangladesh in the T20 series.

Pakistan beat Bangladesh in the First T20 match by 4 wickets and Second T20 Match by 8 wickets.