Vote of a parliamentarian is individual right, not of political party: SCB 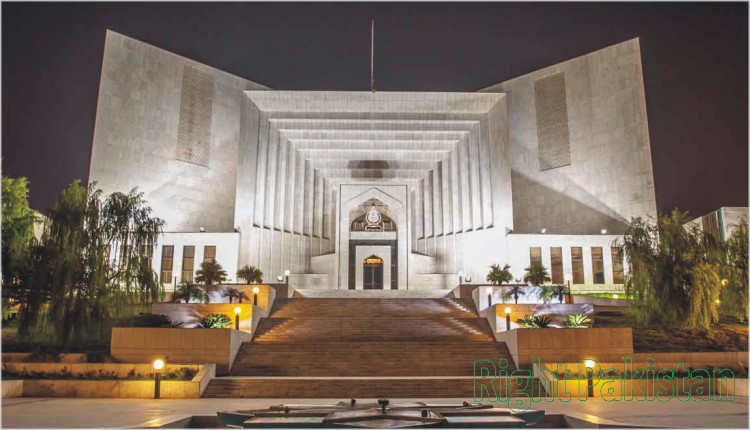 ISLAMABAD: The Supreme Court Bar Association has said that the vote of a parliamentarian is an individual right and not of a political party۔

The JUI and the Supreme Court Bar have submitted a written reply to the presidential reference.

The Supreme Court Bar replied that under Article 95, every vote is counted, and every member of the National Assembly is free to exercise his right to vote.

The reply said that no member of the National Assembly can be prevented from voting, the people run the system of government through their elected representatives.

In reply, it was stated that under Article 63, no member of the National Assembly can be barred from voting.

JUI’s Reply on Vote of a Parliamentarian:

In reply, the JUI-F said that in the PTI, the party has not held elections and the party is being run by selected officials, who cannot dictate whether or not to vote under Article 63A.

The JUI-F replied that the Speaker could not be given the power to reject the votes of the members and Article 63A was already undemocratic.

The reply said that the reference shows that the President, the Prime Minister, and the Speaker have always been and will always be honest and trustworthy.

The JUI-F said that it was not necessary to give an opinion on the reference before voting on the no-confidence motion. If the Supreme Court gives its opinion, the forum of the Election Commission will become ineffective. The court should refrain from ending the supremacy of Parliament.