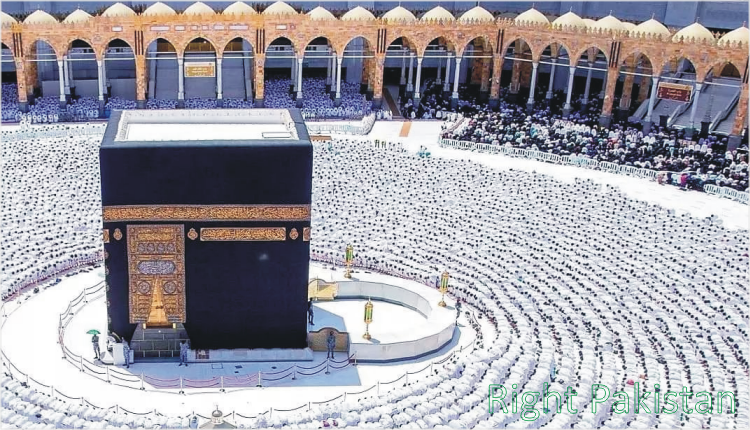 Ummah should treat each other with compassion, Hajj Sermon 2022.

Makkah: In the Hajj Sermon 2022, Muhammad bin Abdul Kareem Al-Issa has said that the best person is the one who is on the path of goodness, the Ummah should treat each other with compassion, and Allah’s mercy is close to those who do good.

Muhammad ibn ‘Abd al-Karim al-Isa, while delivering the Hajj sermon at the Masjid al-Nimrat in Arafat, said that Muslims have no god but Allah, He is One, there is no partner with Allah, and He fulfilled His promise.

Muhammad ibn ‘Abd al-Karim al-Isa said, “Do not associate anyone with Allah, and do not call on anyone other than Him.”

The Prophet (peace and blessings of Allah be upon him) said, “Use wisdom in every matter.”

Dr. Muhammad bin Abdul Kareem Isa said that Allah created human beings for His worship, Allah Almighty said He created the earth and the sky in 6 days, and Allah said that purify your soul and be pious.

Allah sent Muhammad (PBUH) as His last Prophet. The Book of Allah, the Holy Qur’an, confirms the other heavenly books. Allah said in the Qur’an: Hajj is obligatory upon you.

The Ummah should treat each other with compassion: Hajj Sermon 2022 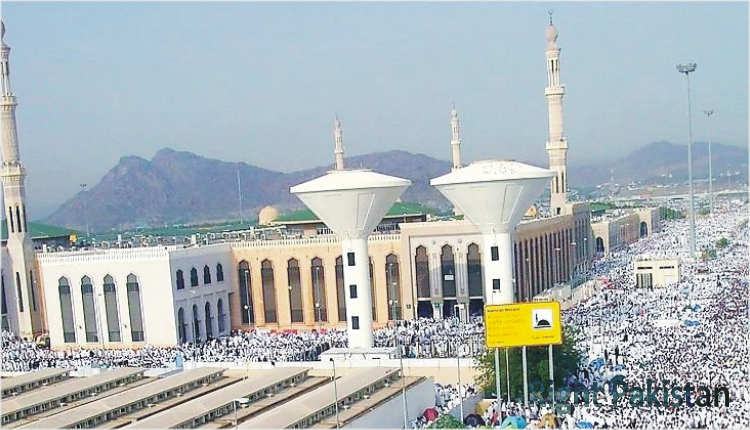 It was said in the Hajj sermon that the best person is the one who is on the path of goodness, the ummah should treat each other with compassion.

Allah’s mercy is close to those who do good. Allah says that the door of repentance is open for those who wrong themselves.

In the Holy Qur’an, Allah says that black is better than white, nor is white better than black.

Allah says, be it man or beast, deal with mercy: 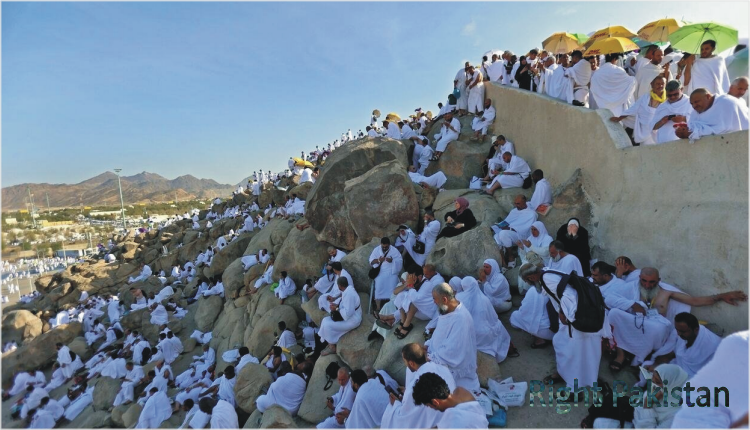 He said, “Allah says, ‘Whenever you call on me, you will find me near to you.’ Allah says, ‘Be merciful to all, whether human or animal.’

Allah said: Fear none but Me. Allah said in the Qur’an that He created man in the best manner.

Allah said: Command your family to do good and train them well.

In the Hajj sermon 2022, Dr. Isa said that the Prophet (peace be upon him) said that no one will enter Paradise without the mercy and grace of Allah. Allah said that whoever does good deeds in man and woman will be rewarded.

He said, “I have perfected the religion for you.” He said, “Command your family to do good and train them well.”

Earlier, the pilgrims spent the night in a tent camp set up in Mina. One million pilgrims from all over the world and about 80,000 Pakistanis stayed in Mina till Fajr prayers and remained engaged in worship.

After the Fajr prayers, the pilgrims left for Arafat in caravans. And in Arafat, the great member of Hajj, Waqf Arafat, was performed.

In addition to performing acts of worship, repentance, asking for forgiveness, and Talbiyah, the guests of Allah performed the Zuhr and Asr prayers together in the field of Arafat.

Pilgrims will leave for Muzdalifah after Maghrib prayers at Arafat Square, where they will offer Maghrib and Isha prayers together and will spend the night in Muzdalifah under the open sky, offering prayers and supplications.

From the limits of Muzdalifah, the pilgrims will collect pebbles for Rami Jamrat.

After that, the pilgrims will start throwing pebbles at the place of Jamrat the next day, i.e. Rami Jamrat.

There was no case of Corona or Monkey Pax among the pilgrims.