From bilk to a bullet: Tragedy of Absar Alam (2) 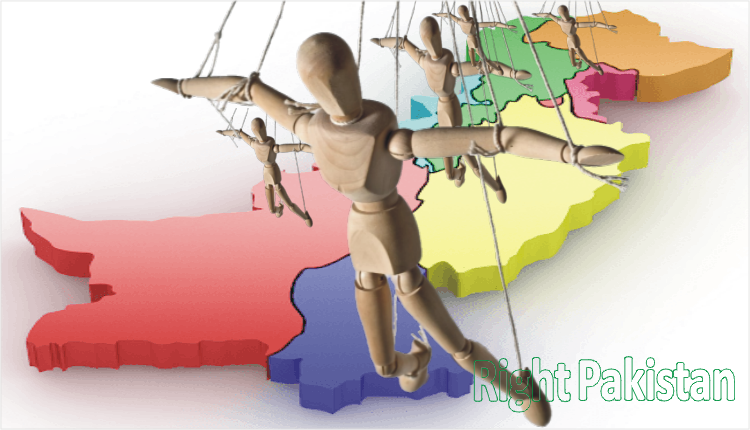 The tragedy of Absar Alam, ex-chairman PEMRA, is that he had experienced bitterness from bilk to a bullet during his career. In this piece (remaining part), actually translated by TPG, Absar Alam is narrating his experience and the bitter realities of his age. Let’s read.

This was 1998. The role of PML-N in Punjab politics was being discussed at the house of Khawaja Asif. Hamid Mir was also present.

ANP leader Asfandyar Wali placed both his hands and feet in front of me and said, “Listen Absar! I was 18 when one of my fingernails and toenails were plucked so that I could confess that I was a traitor.”

“But despite all this, we still take an oath of allegiance to the Constitution of Pakistan, and seek constitutional rights through dialogue.” Asfandyar Wali left us speechless.

I had no answer to Asfandyar Wali’s questions.

Another interesting example among the politicians who rose to prominence in that era is Maulana Fazlur Rehman, Ameer JUI-F.

Maulana has been falsely accused of “religious extremism” for many years.

But all senior journalists in Islamabad know that he and his party leaders are, contrary to popular belief, open-minded people with a democratic mind and a balanced view.

Just last year, when he came to Islamabad to hold a sit-in, he took a step back a few days later.

Maulana endured the criticism but did not resort to confrontation so that the system would not collapse at all.

Because of the lessons of the past, the major political parties are now able to cool things down before reaching a “no return”, whether they have been subjected to abuse, cowardice, and ridicule, or have been accused of corruption.

These politicians are not convinced to kill people on the streets, but if the situation does not change, how long will these mature political leaders continue to work in the face of this rising tide of public awareness?

A major factor in the strengthening of constitutional supremacy and political consciousness in Punjab was the entry of Nawaz Sharif, a member of the “business” class, into politics.

The political consciousness of Nawaz Sharif and Punjab grew together and the words of the late Wali Khan came true that the last battle against the Establishment would be fought in Punjab.

It would be unfair not to mention the columnist and journalists of that time, whose political views were close to the thinking of the PPP and who were critics of the Muslim League.

But the harder he worked for the constitution and democracy, the faster Nawaz Sharif and Punjab’s political consciousness grew.

Despite the differences of opinion, honesty requires that Amir Matin and Muhammad Malik be mentioned here.

Whatever their views are today, but when I started journalism at the platform of “The Muslim” in the ’90s, these two senior gentlemen used to write thought-provoking columns under the name “Press Gallery”.

Note that all the people except Hamid Mir, Iftikhar Ahmed, and Wajahat Masood used to write for English newspapers. I will write later on why this was the case.

English newspapers and TV channels, which used to have a bit more freedom of speech and writing, have been gradually eliminated from the country, and now all “journalism” is being done in Urdu.

For real rulers, it was easier and more necessary to suppress those who write and speak in Urdu so that the truth does not reach the common man in his language.

The voices of those who write in English rarely reach the general public, and they can easily be accused of being “foreign agents.”

The situation of all those who are not overwhelmed by Urdu writers is before you.

Even when the Pakistani and especially the Punjabi people were setting these milestones of consciousness, a few groups within the judges, generals, media, mullahs, and petty politicians continued to follow the old ways, putting their personal interests ahead of the collective interests.

When the closed parties learned from the mistakes of the past and took the path of peaceful politics, the “Artisans” first set up the MQM in Karachi, then the Tehreek-e-Insaf and Tehreek-e-Labbaik in the country.

Tahir-ul-Qadri himself escaped; otherwise, he would have been used till today.

If you look at the style of politics of these parties, they have always been engaging in politics of agitation and confrontation, because this puts every political government under pressure.

In this way, it is easy for the Establishment to look after its interests, no matter how much Pakistan suffers.

Isn’t it a reward that the ruling PTI, which drank water from the same well, is now helpless before TLP?

We thought so too then, but time and tragedy taught. I hope Khan Sahib will also learn. God willing! He should not have to suffer like us.

But the question arises when Shah Mehmood Qureshi, the Establishment’s favorite, and the foreign minister in the cabinet, say that the Indian declaration to annex Kashmir by repealing Article 370 is an internal matter of India.

Is anyone ashamed to destroy the womb of Pakistani mothers?

If that’s what we had to say and do, then why did our children die? What are the national goals for which the youth are misled and sent here to fight?

Not only civilian children but also young men of the army and police have been sacrificing their lives for many years for what mission?

Does anyone realize that the pain in the womb of the mothers of those soldiers is the same as that of the civilian mothers?

When the children of the Establishment and some of its followers return after getting higher education in the warm universities of cold countries, they start misleading the next generation of Pakistanis or settle in the United States and Europe and start a pizza business worth billions of rupees. (Tragedy of Absar Alam)

If we are traitors, then who is a patriot?

The consciousness of the naive masses has reached a point where they are ready to emerge from the darkness of error and shoot for their rights, justice, dignity, and progress.

But the people will not compromise on their freedom and consciousness now.

It is better for the Establishment, as the mature political parties, to curb the lure of violent confrontation and not take the situation to a point where no one can return.

Think about what we lost and what we gained in this self-made riot.

Look at your children and think that ordinary Pakistanis love their children as much as you do.

Ordinary Pakistani mothers also want to get their children out of misguidance and send them abroad for higher education, not to be the fuel for an unseen war.

How many Pakistani mothers will lose their wombs if the rulers understand?

A Pakistani, especially a Punjabi, who used to snore under a neem tree after eating “tandoori” bread with mango sauce and drinking a glass of buttermilk in the summer afternoon, has now woken up.

Now the Pakistani also wants to enjoy the lifestyle close to the DHA and Bahria Town.

Now they want to educate their children and run a business.

Read my piece “From Bilk to a Bullet”, and think until your conscience awakens.

From bilk to a bullet: Tragedy of Absar Alam (1)