The President dissolved the National Assembly of Pakistan

The President dissolved the National Assembly on the advice of the Prime Minister of Pakistan.

The President of Pakistan dissolved the National Assembly on the advice of Prime Minister Imran Khan, after which the Federal Cabinet was dissolved.

The Prime Minister has said that the nation should prepare for the general elections. I congratulate the entire nation on thwarting the conspiracy planted from abroad.

Addressing the nation on state TV, Prime Minister Imran Khan said that the conspiracy hatched from abroad was rejected by the Deputy Speaker today on which I congratulate the entire nation.

The Prime Minister said that the whole nation was worried that treason was taking place. I am sending a message to them that such a conspiracy will not allow this nation to succeed. We have rejected the no-confidence motion using constitutional power.

The Prime Minister said that he has sent advice to the President to dissolve the Assemblies and hold fresh elections. The nation should prepare for the general elections.

“People have been sending messages to me since the previous day that people are betraying you and taking money. Those who took money from the opposition parties should give the money to the anchorages,” he said.

The President dissolved the National Assembly: 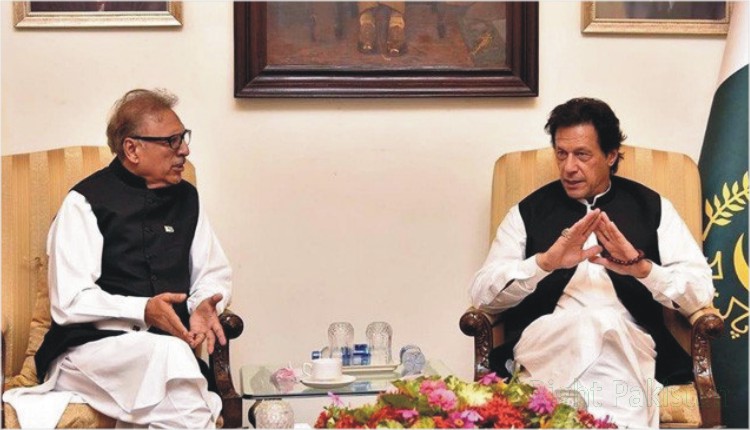 Meanwhile, President Dr. Arif Alvi received a summary of the dissolution of the Assembly, which he approved, after which the National Assembly was now constitutionally dissolved.

PTI’s leader and ex-minister Farrukh Habib tweeted that the assembly has been dissolved and new elections will be held in the next 90 days. Traitors of conscience should come out in public.

Fawad Chaudhry said that the federal cabinet has been dissolved but under Article 224 of the constitution, the prime minister will continue his responsibilities.