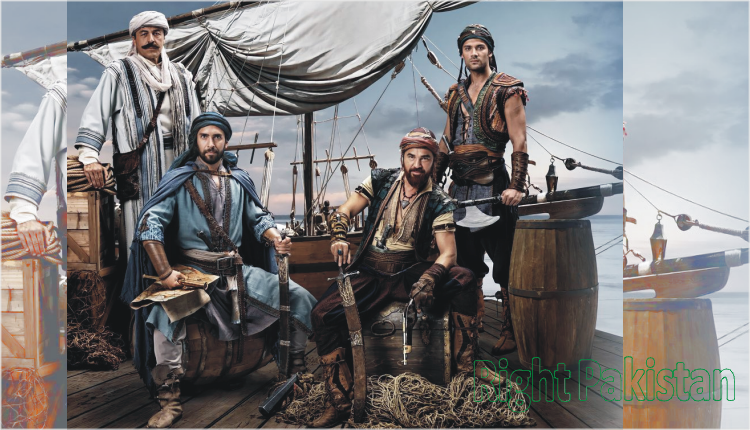 The life story of Turkish Admiral Hayreddin Barbarossa, Oruj Barbarossa, and his other brothers.

Western writers have made it their habit to distort Islamic history, they are not ready to take off the lens of prejudice.

They are accustomed to viewing Islamic civilization and historical events from a particular point of view.

Christian sailors once dominated the Mediterranean, but this Christian naval power was challenged by Turkish Admiral Oruj Barbarossa.

Later, Khairuddin Barbarossa, the brother of Oruj coined the power of the Muslims as the Turkish emir.

Thus the rule of the Ottoman navy was established throughout the Mediterranean.

Many Western historians still refer to the Barbarossa brothers as pirates.

It is a pity that some Muslims think the same thing due to lack of knowledge and shortsightedness.

So I wanted to write something about it and bring the Barbarossa brothers to the world in the right context.

I first had the opportunity to stay in England, where I also found some good books from the London Library.

With the help of these books, I am able to write these episodes, which are the life stories of the brave and intelligent sailors who made the Muslims the rulers of the whole sea (Mediterranean).

Hopefully, after reading this, the deeds of Muslim sailors will be understood.

It will also open the floodgates of Western propaganda, which seeks to downplay Barbarossa’s greatness.

In addition, some of our so-called intellectuals who consider every book in the West as scripture will also have a wider range of knowledge.

The Muslims ruled on land and mostly ignored naval power.

Arab sailors did some work during the reign of Hazrat Amir Mu’awiyah, but this naval power was limited to the Red Sea, Egypt, and the coastal areas of Syria.

For the first time, the Barbarossa brothers strengthened their naval power from North Africa, and gradually all the naval forces of Spain and Rome surrendered to them.

When Khairuddin Barbarossa took command of the Ottoman Caliphate’s fleet, the strength of the navies of Geneva, Italy, Papua New Guinea, Spain, France, and England was very limited.

Most Christian historians call the Barbarossa brothers pirates, but they cannot damage their greatness.

This is because, during the reign of the great Ottoman Caliph Suleiman the Magnificent, Admiral Khairuddin Barbarossa made the Ottoman navy the strongest power in the entire Mediterranean.

Now, this sea belonged to the Turks.

By stopping the intervention of all the European powers, Suleiman the Magnificent also achieved great success on land.

Thus the Christian maritime trade was limited to the narrow coastal areas.