I consider it good to make decisions within the constitution and law, Justice Qazi Faiz Issa 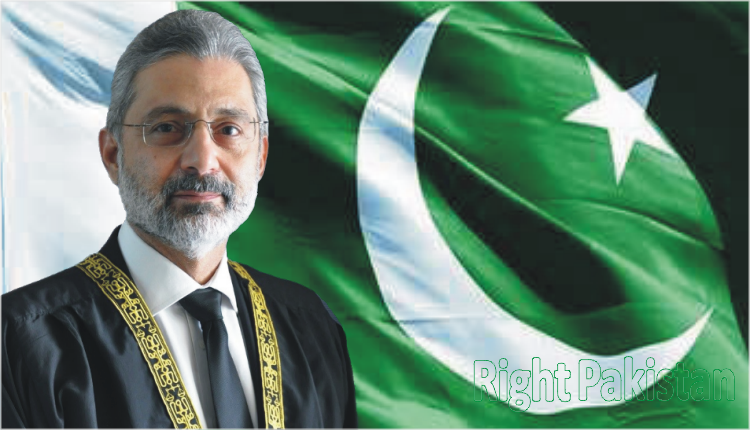 Lahore: Justice Qazi Faiz Issa of the Supreme Court has said that the judge should fear Allah and the Constitution.

Qazi Faiz Issa reached the Lahore High Court on foot without any protocol and was holding an umbrella to avoid the rain.

Justice Qazi Faiz Issa while addressing a seminar at the Lahore High Court Bar for the improvement of the present system of the judiciary said that I have come to the High Court on foot today.

He said that Lahore is called the heart of Pakistan but today I was in great pain. Coming from GRO, I saw that the roads were closed for no reason.

Justice Qazi said that the gutters were open and water was standing everywhere. If this is the condition of Mall Road then what will happen to the roads outside.

Justice Qazi Faiz Issa said that there was a gentleman’s gate on the way, I don’t know how big the gate was.

He said, “I will not take the name of this gentleman because I am not a politician. What is all this? It doesn’t happen outside. There are no announcements of VIPs at the airport. I don’t know what is happening here.”

Justice Qazi said that why important personalities get priority, sirens are sounded for them, noise pollution increases, why they arrive early, I do not understand.

Justice Qazi Faiz Issa of the Supreme Court said that there has been a tragic incident in Lahore recently. If I have police then who will protect the people.

“It’s better for the police to protect people than for them to walk with me. We have to follow the rules,” he said.

“It is good to make decisions in accordance with the constitution and law. A judge should not be brave but should be a coward. The judge should fear Allah Almighty and the Constitution”, Justice Qazi Faiz Issa said.