The government has presented a budget of Rs 9502 billion for the financial year 2022-23 in which the tax collections have been estimated at Rs 7,004 billion while the deficit is Rs 4598 billion

The session of the National Assembly started under the chairmanship of Speaker Raja Pervez Ashraf. Finance Minister Miftah Ismail presented the budget at the meeting.

The federal cabinet has approved a budget for the new financial year in which the salaries of government employees have been increased by 15% and pensions by 5%.

The Cabinet, while approving the budget proposals, approved a 15% increase in salaries and a 5% increase in pensions of government employees.

At the same time, the Cabinet also approved the amalgamation of the ad hoc allowance of government employees in the basic pay, which is the largest relief and will be 15% of the total basic pay.

The Cabinet also approved a proposal to keep the federal development budget at Rs. 800 billion, under which funds have been allocated for 1150 development schemes for the next financial year.

The target of tax collection is 7004 billion allocated

According to the budget speech of Finance Minister Miftah Ismail, the non-tax revenue in the budget will be Rs 2,000 billion, and the target of tax revenue is Rs 7004 billion.

Under the NFC award, the provinces will get Rs 4,100 billion. A budget of Rs 6 billion has been allocated for Pakistan Bait-ul-Mal. 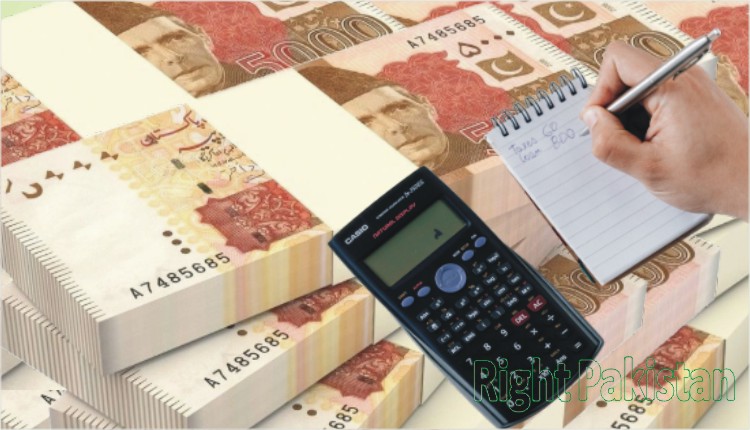 According to the budget speech, tax disputes will be resolved on a priority basis.

If the charitable hospital has more than 50 beds then a full tax exemption will be given.

Revolutionary measures have been taken to increase the domestic production of edible oil.

It is proposed to refund sales tax on the supply of seeds of various commodities including tractors, agricultural implements, wheat, maize, canola, sunflower and rice.

According to the finance minister, concessions are being given to alleviate energy shortage, and sales tax on import of solar panels and local supply has been abolished.

Those using less than 200 units of electricity will be given easy installment loans from banks to purchase solar panels.

Tax abolished up to one lakh monthly salary

According to the budget speech, the tax exemption limit for the salaried class has been increased from 600,000 to 12 million.

The tax exemption limit for business people and the Association of Persons has been increased from 400,000 to 600,000.

Reduction in tax on savings schemes

Tax on profits of savings schemes including pensioners and welfare certificates has been reduced from 10% to 5%.

Taxes from retailers will be collected on electricity bills

A fixed tax system has been introduced for retailers. Taxes will be collected along with electricity bills.

The government has allocated Rs 24 billion for the health sector.

In the budget, one percent tax has been imposed on property rent worth more than two and a half crores.

Those with an annual income of Rs 300 million or more are taxed at 2%.

The advance tax has been increased on vehicles larger than 1600 cc.

In the case of an electric engine, 2% advance tax will also be applicable.

In the budget, Rs. 1.81 billion has been allocated to the Ministry of Law and Justice.

In the budget, it was announced to expand the scope of the Benazir Scholarship Program to 10 million children. Benazir Undergraduate Scholarships will be given to 10,000 students at a cost of Rs. 9 billion.

The Finance Minister said that those who are already registered in the Benazir Income Support Program are being paid from June while another 6 million deserving people are also being included in the program.

570 billion in electricity subsidy and Rs. 248 billion in petroleum arrears.

21 billion for crops and livestock

Rs 21 billion has been set aside to increase crop and livestock production.

While Rs 11 billion has been set aside for the supply of quality seeds in the agricultural sector.

Announcing the launch of the Green Youth Movement

The government also announced the launch of the Green Youth Movement.

250 mini stadiums will be built for youth across the country.

Tax cuts for the film industry

According to the Finance Minister, the Binding Film Finance Fund is being set up with an annual grant of Rs 1 billion.

He announced the launch of a medical insurance policy, giving filmmakers a five-year tax holiday.

The Finance Minister announced tax rebates on film and drama sports for 10 years and income tax exemption for cinema and producers.

Finance Minister Miftah Ismail said that Prime Minister Shahbaz Sharif has decided to protect the low-income group in view of the high prices of petroleum products.

Under which it has been decided to give Rs 2,000 per month to the families earning less than Rs 40,000 per month, which is in effect. This relief will benefit about 80 million people. Has been added.

20 billion allocated for the Karachi 4 project

The Finance Minister said that in order to alleviate the water shortage in Karachi, it is proposed to allocate Rs. 20 billion for the Fourth Water Supply Project in Karachi.

It has been decided to levy advance holding tax at the rate of one percent for filers sending money out of Pakistan through credit cards, debit cards, and prepaid cards and two percent for non-filers.

This tax will be considered adjustable against the tax due.

Subsidies are allocated in the new budget.

In the energy sector, a subsidy of Rs 570 billion has been proposed for the next financial year. 71 billion for petroleum products, Rs. 7 billion for Pasco, Rs. 17 billion for utility stores, Rs. 8 billion for procurement of wheat to Gilgit-Baltistan, Rs. Rs. 1 crore, Rs. 50 crore for payment of mark-up for New Pakistan and Rs. 6 billion for import of fertilizer.

Miftah Ismail said that the tax rate in developing countries is about 16% of GDP but in Pakistan, it is 8.6% and it is proposed to increase this rate to 9.2% in the next financial year.

The Finance Minister said that next year the total repayment is estimated to be Rs. 3950 billion of which Rs. 3439 billion will be spent on domestic and Rs. 511 billion on foreign loans.

People will now know what the real inflation is! Imran Khan