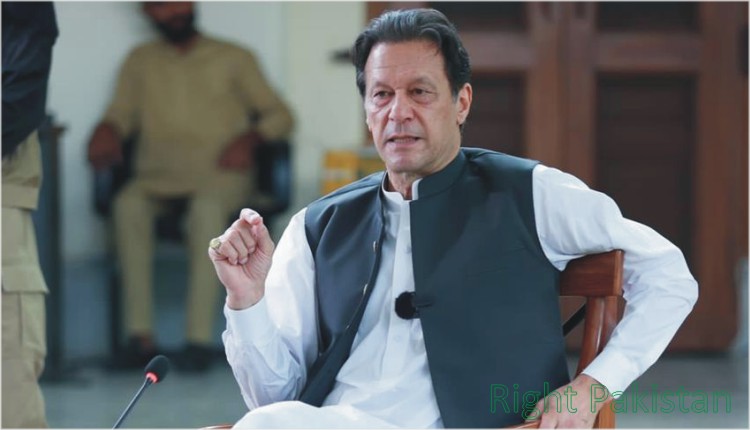 ISLAMABAD: Pakistan Tehreek-e-Insaf Chairman Imran Khan says that if we want to block Islamabad, we can do it easily, saying that Salman Rushdie is a bigger fitnah. He said that the army chief’s appointment must be on merit.

Digital media influencers had an important meeting with Chairman PTI Imran Khan in Islamabad on Saturday.

Speaking in this meeting, former Prime Minister Imran Khan said that the people have come to know everything, that’s why the people are standing with me, but with public support comes to a heavy responsibility. Today, social media is not a conspiracy but a real direction.

Imran Khan said that we have governments in Punjab, Khyber Pakhtunkhwa, and Kashmir. If we want to block Islamabad, we can easily close it, but this will be our last step and there can be damage. Therefore, a very thoughtful decision has to be made.

Imran Khan said that those who supported the thieves of Pakistan are now trapped, even if they hang upside down now, they cannot disqualify me in any way. 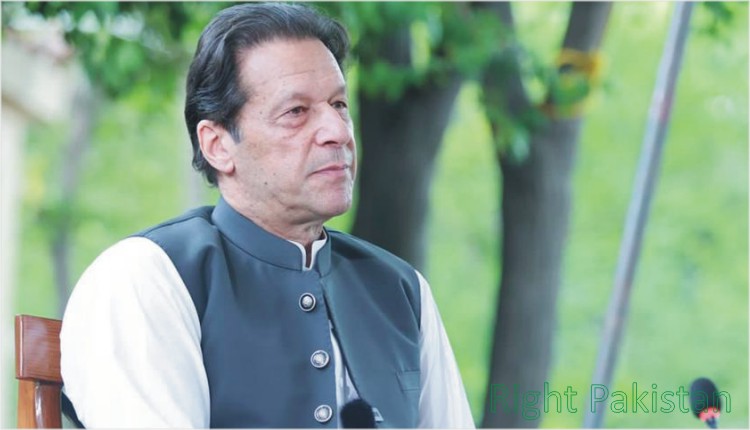 Chairman PTI said that what Shahbaz Gil said on ARY TV, those are actually the same remarks of the judges of the Supreme Court in the Asghar Khan case, so will those judges also be caught in this way?

He said that PTI was deliberately targeted in the negative campaign related to the martyrs, asking PML-N’s Uzma Bukhari to hand over her husband to the police custody, what Shahbaz has to ask should be told by Uzma Bukhari’s husband himself.

Chairman Tehreek-e-Insaf Imran Khan said that the purpose of taking to the Punjab government was to remove Hamza from power and an early election. He was arresting people illegally.

Imran Khan said that when he wanted to transfer the police officers in Punjab, it was said that authorities had received a call from the “Lahore Zoo”, so there will be no transfer.

Chairman PTI Imran Khan said that if Shahbaz Sharif is really serious, he should bring his brother’s property worth billions of rupees back to the country.

Imran Khan said that I am a lover of Rasool-e-Akram ﷺ, our faith is not complete until we love the Holy Prophet ﷺ.

Imran Khan also said that in my interview I had referred to the incident of the killing of a Sri Lankan citizen in a factory in Sialkot and that no one should be allowed to take the law into his hands and kill any other person. Chairman Imran Khan said that the manner in which Pakistan was defamed globally over the Sialkot incident was unfortunate.

“I don’t know anything about the extension of Army Chief General Bajwa, every day a new story is heard, and the country has to think about the issue of the appointment procedure of the Army Chief”, he said.

He said that the neutrals have to decide whether they are with these thieves or with the people of Pakistan. I played cricket for 20 years, but I don’t remember ever reading the news of a change of army chief in a newspaper in Europe, but here the change or appointment of the army chief becomes a national issue.

“Now we also have to see that army chief should be made on merit if all this is happening because of only one appointment, then it is a big misfortune for Pakistan, the army alone cannot unite the country, the country can be held together by political parties”, Imran Khan added.

Imran Khan said that during his tenure, he did not give any order to misbehave with any journalist, switch off any anchor or shut down any channel.

Chairman PTI said that the more this government delays the elections, it is our benefit, meanwhile, the popularity of our party continues to increase.