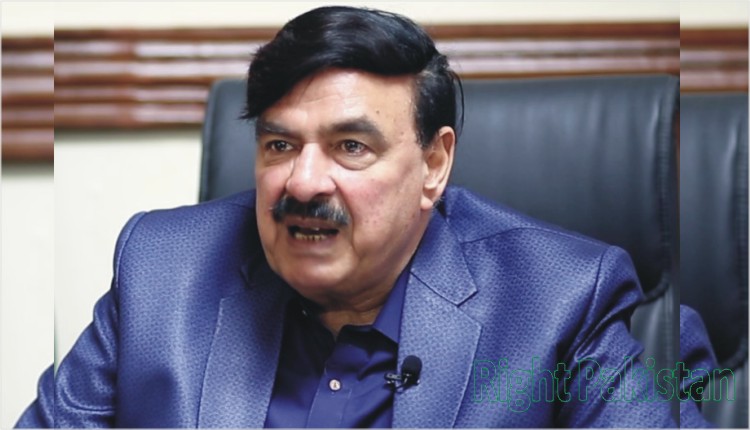 Rawalpindi: Interior Minister Sheikh Rashid has said that the issue of abduction of the Afghan ambassador’s daughter is a conspiracy to defame Pakistan.

During a press conference in Rawalpindi, Interior Minister Sheikh Rashid said, “Declared hybrid war has started against Pakistan which will intensify in the coming days.”

He said that they had reached the owners of the four taxis in the case of the daughter of the Afghan ambassador.

He said the taxi drivers had no criminal record and there was no other servant in any of the taxis.

Federal Interior Minister Sheikh Rashid said that this is not a case of kidnapping, but a conspiracy to defame Pakistan.

Sheikh Rashid said that they had given the information about the issue of the daughter of the Afghan ambassador.

Sheikh Rashid said that the Chinese government was satisfied with us after the Dasu incident but India was trying to reshape it.

He said that an attempt was being made to create a misunderstanding between China and Pakistan.

Sheikh Rashid said that international powers do not want Pakistan-China relations to be strong.

He said that Imran Khan was an emerging leader of the Muslim Ummah who did not turn a blind eye to India and Israel.

Federal Interior Minister Sheikh Rashid said that look at the timing of these incidents, which are happening under a conspiracy.

He said that an attempt was being made to give an impression to the world that there was a problem of law and order in Pakistan.

Sheikh Rashid said that the undeclared hybrid war against Pakistan has started and the hybrid war will intensify in the coming days.

How to prevent Israeli spyware Pegasus?