Symptoms of heart attack or a stroke: You should be aware of 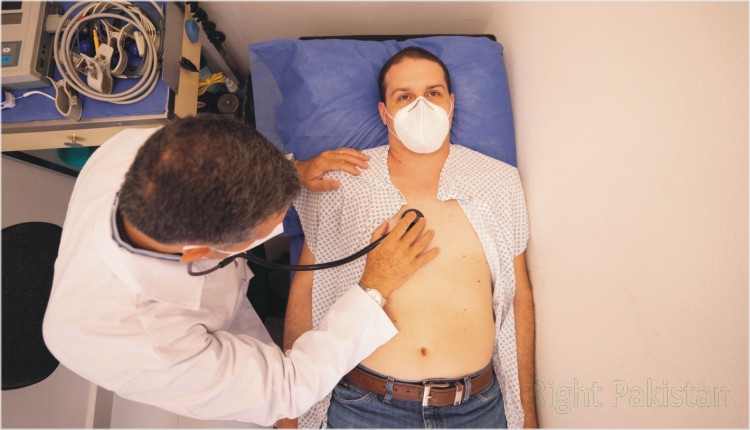 You should be aware of symptoms of heart attack or a stroke.

A sudden and severe decrease in blood supply to the heart muscle is called a heart attack. This is what happens when the blood flow to the brain is affected, which is called paralysis.

Although the symptoms of both are similar, some of the signs of a stroke or heart attack are unique, and focusing on them can be life-saving.

As well as recognizing the symptoms of a stroke or heart attack, it is important that you know how to react to it.

Although both are fatal, survivors are more likely to survive if they receive prompt and appropriate medical attention.

Early Warning Signs of a Stroke or Heart Attack:

Not all people have a heart attack that starts suddenly and with severe chest pain.

Early symptoms of a heart attack develop gradually and you may not even know what is happening.

Keep in mind that the nature of the symptoms may vary from person to person.

Some Early Common Symptoms of a Heart Attack:

Some Early Common Symptoms of a Heart Attack are given below.

In contrast, early signs of stroke are more difficult to detect, with the most common sign being a mini-stroke, which can occur hours, days, or months before the actual stroke.

Symptoms of a stroke include sudden headache, weakness or numbness (especially in one part of the body), balance and walking problems, sudden confusion, and difficulty swallowing food.

The difference between the Two:

As noted above, the symptoms of a stroke are more likely to be ignored than a heart attack.

One significant difference between the two is that stroke is a sudden onset of cerebral palsy, while the main symptom of a heart attack is chest pain.

Arms can also be a part of it, in a heart attack one or both (often but not always, in the left arm) the pain feels downward.

In paralysis, on the other hand, one hand or part of the face becomes deaf or weak.

Symptoms of Heart Attack or Stroke in Men:

The main symptom of a heart attack in men is usually chest pain which makes them feel as if something is biting or there is severe chest tightness.

Other symptoms include pain in the shoulders, neck, or jaw, difficulty breathing, lightheadedness, nausea, and cold sweats.

Early symptoms of paralysis include sudden severe headache, weakness or numbness of a part of the body or face, vision problems, and difficulty speaking or understanding others.

Symptoms of Stroke or Heart Attack in Women:

The symptoms of a stroke are often similar in men and women.

But one study found that women may experience some other symptoms, such as loss of consciousness, fatigue, discomfort, physical weakness, and loss of control over urination.

They may also have different symptoms of a heart attack such as nausea, lower chest or upper abdominal pain, upper back pain, full-body pain, and extreme fatigue.

Which is More Dangerous?

Both stroke and heart attack are fatal but complete recovery are possible in most cases.

It depends on the severity of the symptoms and how quickly medical help is available.

With effective treatment and a healthy lifestyle, a person who beats a heart attack can live for many years.

However, predisposition to stroke is more difficult to predict, depending on which part of the brain is affected by the stroke, while lifelong complications can occur, even if immediate treatment and rehabilitation are available.

Work should also be done on nine. Some long-term complications include difficulty walking, difficulty swallowing food, loss of function of one or both hands, loss of urinary control, and mental retardation.

What to Do If You Suspect a Stroke or Heart Attack?

A suspected stroke or heart attack is always a medical emergency.