Stream of consciousness and the Quran 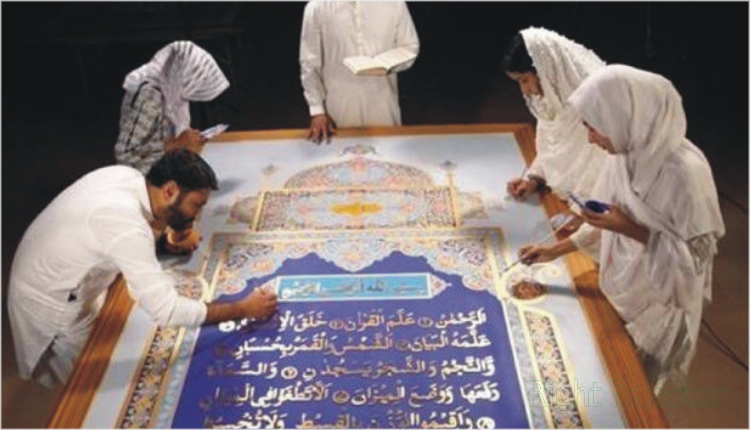 Stream of consciousness and the Quran is a piece written by Dr. Raheel Ahmed who is the son of writer and columnist Professor Tariq Ahmad.

In English literature, the traditional style of writing had almost always been employed and still is in many pieces. This involved books, novels, and articles that had a beginning, a middle, and an end.

A good example for this is perhaps the Holy Bible which has a beginning in Genesis on how the world was created in six days and an end on Revelation explaining how the world will end.

It was mainly in the middle of the 20th century when the western world started using the Stream of consciousness in its literature. James Joyce, Virginia Woolf, and William Faulkner stunned the world with their “Ulysses”, “Mrs. Dalloway” and “in the Sound and Fury”.

These literary works did not have beginnings, middles, and ends. Instead, the novels begin with the protagonist in the middle of nowhere and get flashbacks and flash-forwards with internal monologue running throughout.

To the surprise of many, the Quran actually followed this stream of consciousness style of literary writing 1400 years ago. The Holy Book begins with Surah Al-Fatiha and Surah Baqarah in the middle of nowhere.

The key messages are present throughout the book and examples are given in the form of flashbacks- “did you not see what happened with the people of Musa (Moses)…” and then suddenly an instruction is given to the Prophet Muhammad (SAW) as a flash-forward.

This book, the Quraan, is a masterpiece of literature not just because of the poetry but also for using a style of writing that was unheard of for quite some time.

Allowing Nawaz Sharif to go out was the biggest mistake, Imran Khan