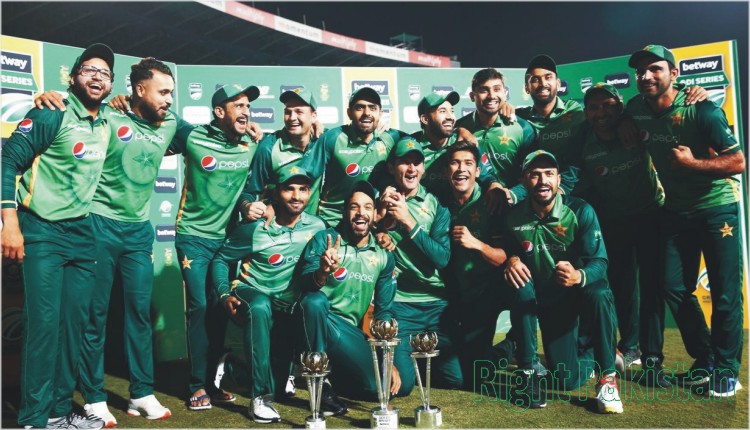 In the third and final match of the ODI series against South Africa, Pakistan batted first and scored 320 for 7 in the 50 overs.

They defeat South Africa by 28 runs in the final ODI.

Thanks to Fakhruzzaman’s second consective century and Babar’s 94-run innings. The host team could score only 292 runs.

The skipper Babar Azam was again named Man of the Match for playing a a splendor and responsible innings.

The opening batsman Fakhruzzaman was named Man of the Series for scoring two consecutive centuries in last two matches.

Alhumdulillah, this series win is for you Pakistan. Extremely proud of this champion team. Special shout out to @FakharZamanLive his remarkable innings. Well played @OfficialCSA. #SAvPAK pic.twitter.com/xsOaQzQ32t

South Africa elected to field in the third and decisive match after winning the toss. The opening pair of Fakhr Zaman and Imam-ul-Haq started the innings.

Both of the openers batted confidently. They put up a partnership of 112 runs. Imam-ul-Haq was first to out after scoring 57 runs. He fell victim to Keshiu Maharaj.

Captain Babar Azam again played a brilliant knock of 94 runs. He was caught on the last ball of the innings without competing his century. 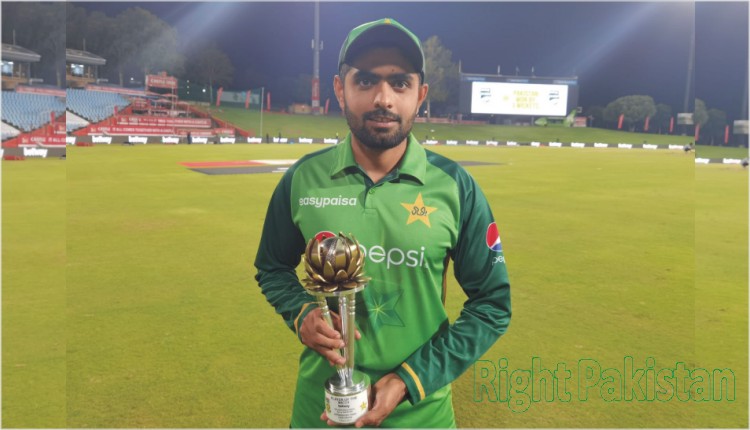 Hassan Ali played a thrashing innings. He hit 4 sixes to spinner JJ Summit in the second last over. Hassan remained unbeaten on 32 off 11 balls.

Absolutely honored to be the part of this amazing team. Top efforts by everyone and matchless display of batting by @FakharZamanLive and skipper @babarazam258. Congratulations Pakistan.#SAvPAK #PakistanZindabad pic.twitter.com/rtevqHYFKK

Jane Mann Milan and Adam Markram opened the innings for South Africa. Makram returned was out after scoring 18 runs only.

JJ Summit was second to loose wicket who too was dismissed for 17 runs. SA captain Dumba Baumama Henry Kleisen’s could score only 4 runs.

Then Milan came who moved the scoreboard forward, but he lost thw wicket at 70. Verina made a crucial 108-run partnership along with Pahlavikaya.

Both batsmen succeeded in scoring half-centuries. Harris Rauf broke this partnership by dismissing Verena for 60 runs. Pelhakuya lost his wicket at 54 runs.

For Pakistan, Muhammad Nawaz took 3 wickets while Shaheen Afridi and Haris Rauf took 2 wickets each. Hassan Ali could take only one wicket. 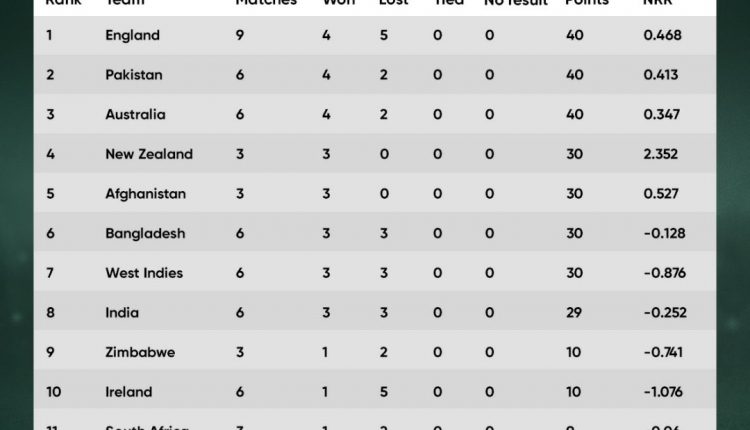 After winning the ODI cricket series against SA, Pakistan is now second on Super League points table, fraction of a point behind England.

Babar Azam has not only improved in the ICC rankings but has now tending to become the number one batsman in ODIs ranking.

How to Watch Ertugrul for Free Online 2021