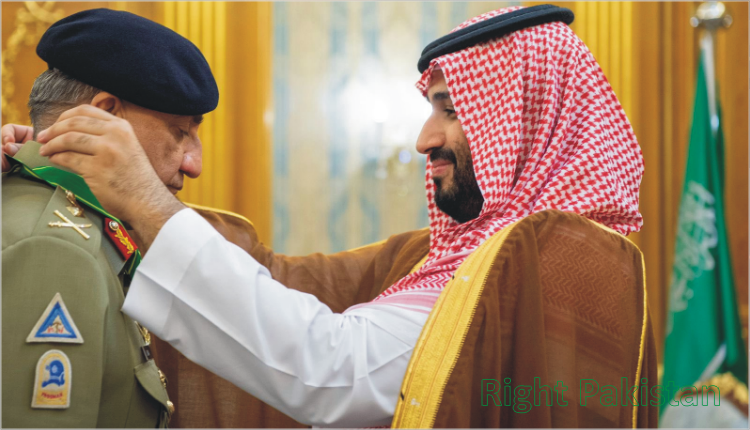 According to details, Saudi Arabia has awarded Chief of Army Staff (COAS) with the King Abdul Aziz Medal of Excellent Class.

The Chief of Army Staff General Qamar Javed has been confirmed this honor in recognition of his efforts to promote bilateral relations between Pakistan and the Kingdom of Saudi Arabia.

It was announced in a Tweet by Saudi Foreign Ministry that in the implementation of the order of the Custodian of the Two Holy Mosques, His Highness the Crown Prince awards the Commander of the Army of Pakistan the King Abdulaziz Medal of Excellent Class, in appreciation of his distinguished efforts in consolidating and strengthening bonds of friendship and joint cooperation and developing Saudi-Pakistani relations.

In this regard, Crown Prince Muhammad bin Salman met with Chief of Army Staff (COAS) in Jeddah to review bilateral relations and the promotion of cooperation in the military fields.

A number of issues of common interest were also discussed during the meeting in Jeddah. Deputy Defense Minister Prince Khalid bin Salman bin Abdul Aziz was also present at the meeting.