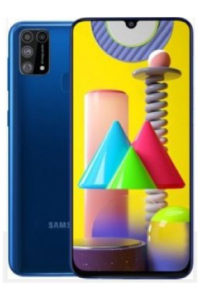 Samsung has just announced that the Galaxy M31 is going to be released in Pakistan. Samsung Galaxy M31 Price in Pakistan and Specifications was initially around 47999 PKR.

The 128 GB storage will be more than enough for every app and photo you want to save on your device. Samsung has not left anything out of this handset when it comes to numbers. There is a UFS type storage, which is faster than the previous eMMC type storage.

There is a Quad Camera 64MP setup on the back of the phone. The cameras are quite good too. Samsung already has one of the best image processing algorithms in the phone so the picture quality will not be shy of any feature.

If you are looking for a mid-range device, Samsung Galaxy M31 is not a bad option. You’ll get almost everything you need from a device at a mid-range price.