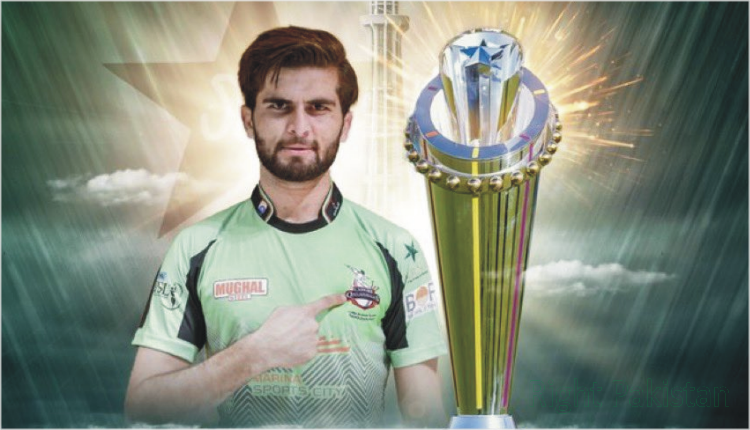 Lahore Qalandars set a target of 181 runs in the final match of Pakistan Super League (PSL) Season 7 thanks to a brilliant half-century by Muhammad Hafeez, following which Multan Sultans are batting.

In the final of HBLPSL 7, Lahore Qalandars captain Shaheen Shah Afridi won the toss and elected to bat first and scored 180 runs for the loss of 5 wickets in the stipulated 20 overs.

Thus Multan Sultans got a target of 181 runs for victory, at the end of the innings Harry Brooke and David Weiss batted excellently.

Multan Sultans’ innings got off to a disappointing start in pursuit of the target. Shaun Masood was run out for 19 and captain Mohammad Rizwan was run by Mohammad Hafeez.

Aamir Azmat 6 and Asif Afridi returned to the pavilion with just one run, Riley Russo caught Asad Shafiq on Hafeez’s ball for an individual score of 15 runs. Tim David was also caught for 27 off 17 balls.

Lahore Qalandars did not have a good start after winning the toss in the final match. Opener Fakhr Zaman scored only 3 runs and got out on the ball of Asif Afridi.

Harry Brook and David Weiss batted aggressively at the end of the first innings, Weiss scored 28 off just 8 balls while Harry remained unbeaten on 41.

In the allotted 20 overs, Qalandars scored 180 runs for the loss of 5 wickets and gave Multan Sultans a target of 181 runs to win.

Asif Afridi of Multan Sultans got three wickets while David Wiley and Shah Nawaz Dahani got one wicket each.

The final match between Multan Sultans and Lahore Qalandars is being played at Gaddafi Stadium in Lahore.

In the final of HBLPSL 7, both Lahore Qalandars and Multan Sultans made one change each.

The Qalandars have replaced Zeeshan Ashraf with Phil Salt, while Johnson has been replaced by Tim David for the Sultans.