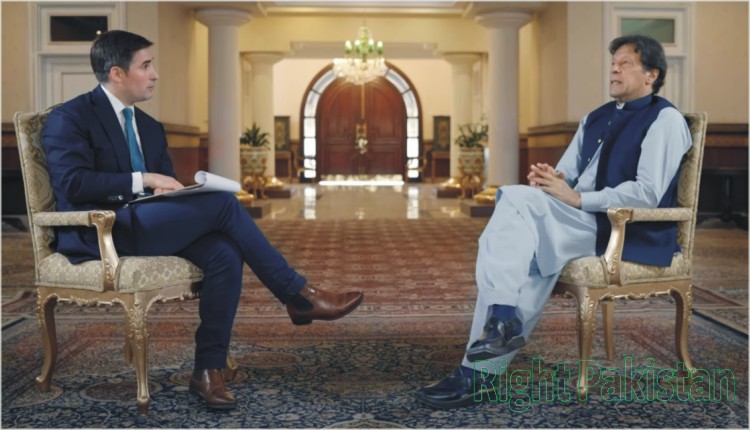 Absolutely Not! There is no way. PM Imran Khan bluntly refuses to provide a US military base in Pakistan.

PM Imran Khan has said that we wouldn’t give any base to the US for any kind of operation in Afghanistan from Pakistani soil.

Imran Khan said this in an interview with Jonathan Swan, anchor of the American TV HBO program Axios.

Prime Minister Imran Khan’s blunt response to the US anchor on social media has gone viral.

Pakistan will "absolutely not" allow the U.S. CIA to use bases on its soil for cross-border counterterrorism missions after American forces withdraw from Afghanistan, Prime Minister Imran Khan tells "Axios on HBO" in a wide-ranging interview airing Sunday.https://t.co/5P2ES9wTFh

Prime Minister Imran Khan has categorically refused to give US bases in Pakistan for military operations in Afghanistan.

The anchor asked if he would allow the US government to carry out cross-border counter-terrorism operations against al-Qaeda, ISIS, and the Taliban from Pakistan through the CIA.

To which the anchor almost wondered how anyone could give such a blunt answer.

In the meantime, the anchor explained his questions again.

Prime Minister Imran Khan answered that absolutely not, in any case, we will not give any base to the United States from Pakistani soil for any kind of operation in Afghanistan.

This interview of Prime Minister Imran Khan will be broadcast on Monday at 3 am Pakistan time.

Imran khan was questioned that whether he would allow the United States of America to set up a presence in his country to continue counterterrorism missions against the Taliban and ISIS in Afghanistan.

“Absolutely Not” was a prompt answer by Pakistani Premier

He said that there is no way to allow this.

Prior to PM Imran Khan’s interview, rumors were circulating in the country that Pakistan had provided bases for US operations in Afghanistan.

These rumors gained momentum after meetings of US military officials with the Pakistani establishment and briefings by US officials.

How Can You Boost up Your Internet Speed?