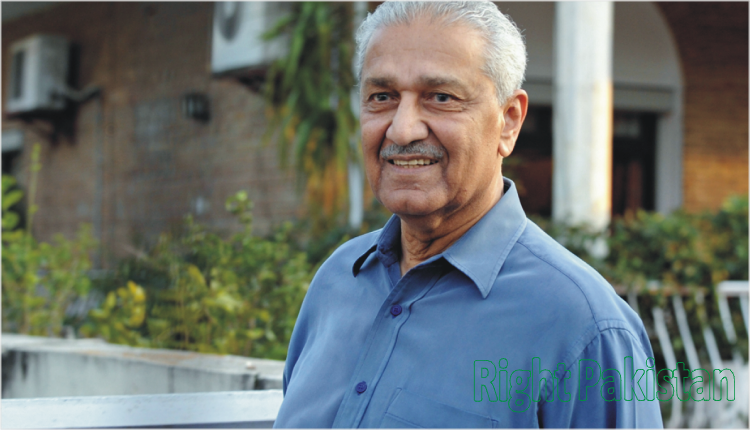 The biography of Dr. Abdul Qadeer Khan (Dr. AQ Khan) is in fact a life story of Dr. AQ Khan who was the founder of the Pakistani Nuclear Program.

He belongs to the Orakzai tribe of Pashtuns.

Dr. Abdul Qadeer Khan came to Pakistan with his family after the formation of Pakistan and settled in Karachi.

He graduated in Metallurgy from Karachi University in 1960.

He holds a Masters of Science from the Netherlands and a Doctorate of Engineering from Belgium.

Dr. AQ Khan returned to Pakistan in 1976 at the request of former Prime Minister Zulfiqar Ali Bhutto after living in Europe for 15 years.

He joined the Engineering Research Laboratories on May 31, 1976.

He was is a major player in uranium enrichment in Pakistan.

Kahuta Research Laboratories not only developed the atomic bomb but also contributed to the development of a number of low- and medium-range missiles for Pakistan, including the Ghauri missile, which has a range of 1,000 km.

In May 1998, Pakistan successfully tested the Indian atomic bomb.

Dr. Qadeer Khan oversaw the experiment in the mountains of Chaghi, Balochistan.

He has authored more than 150 scientific research articles.

Dr. AQ Khan was also a victim of coronavirus and was hospitalized in KRL hospital for some days but was recovered from covid-19 some days before his sad demise.

He was a true Pakistani and loves Pakistan from the bottom of his heart. 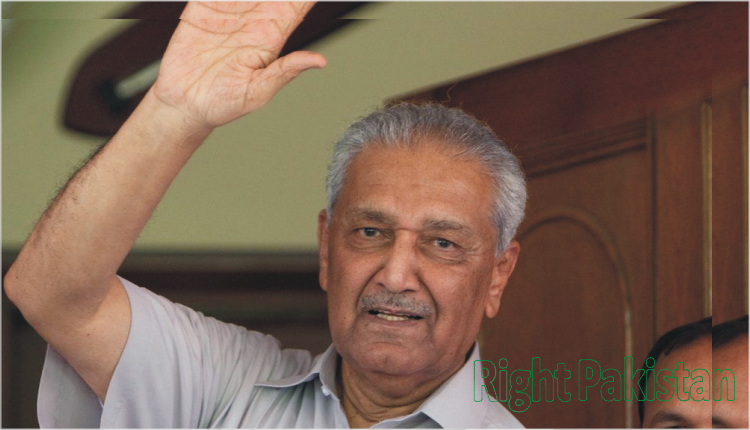 Legendary nuclear scientist Dr. Abdul Qadeer dies at the age of 85 on Sunday morning leaving the nation in great shock.

On his own wish, late Dr. Abdul Qadeer Khan (Dr. AQ Khan) was buried in the H-8 graveyard in Islamabad with state honors.