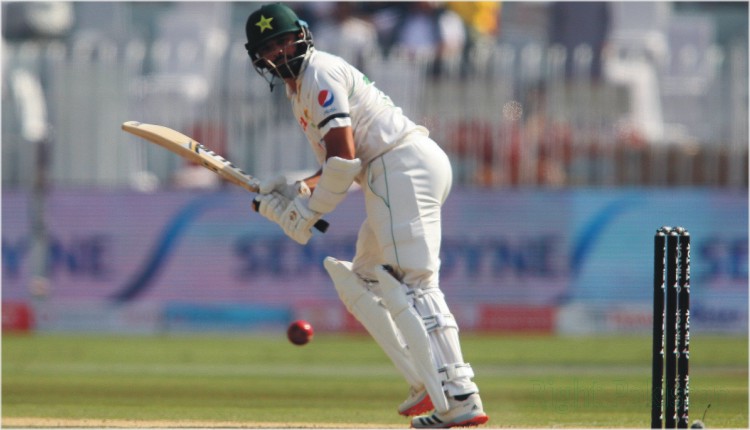 On the second day of the Rawalpindi Test match against Australia, Pakistan declared their first innings at 476 for four wickets.

On the other hand, the Kangaroos were batting in the first innings and they scored 5 runs without any loss but the game was ended due to poor lighting.

When the game started on the second day of the Pindi Test, Pakistan had made 245 for the loss of one wicket.

The Pakistani batsmen continued to bat brilliantly against Australia even today. Former captain Azhar Ali played an innings of 185 runs with the help of 15 fours and 3 sixes.

Pakistan’s second wicket fell for 313 runs and opener Imam-ul-Haq scored 157 runs and became LBW on the ball of Pat Cummins.

Azhar Ali and Imam-ul-Haq shared 208 runs. Pakistan scored 394 runs for the loss of 2 wickets till the tea break. After the break, captain Babar Azam was run out for 36 runs.

Pakistan declared the first innings at 476 for 4. Nathan Lane, Pat Cummins, and Marnos Labo Shane took one wicket each. Today, three players have returned to the Pakistan team.

The national team scored 245 runs for the loss of 1 wicket on the first day.

In the first Test match against Australia at Rawalpindi Cricket Stadium, Pakistan captain Babar Azam won the toss and elected to bat first.

Openers Imam-ul-Haq and Abdullah Shafiq put on a fine performance to form a 105-run partnership.

Opener Imam-ul-Haq continued to bat brilliantly and scored the first Test century of his career.

He remained unbeaten on 132 with the help of 15 fours and 2 sixes while Azhar Ali gave his full support and scored 64 runs. Nathan Lane was the lone wicket-taker for Australia.

Earlier, after winning the toss, Pakistan captain Babar Azam said that the wicket looks very good and will try to decorate a big total on the scoreboard, the wicket may be favorable for spinners in the last few days.

It should be noted that the Australian team is on a historic tour of Pakistan after 24 years. The first match of the three-match Test series between Pakistan and Australia will be played in Rawalpindi from March 4 to 8.

The Australian team will play 3 Tests, 3 ODIs, and a T20I match during the tour of Pakistan.