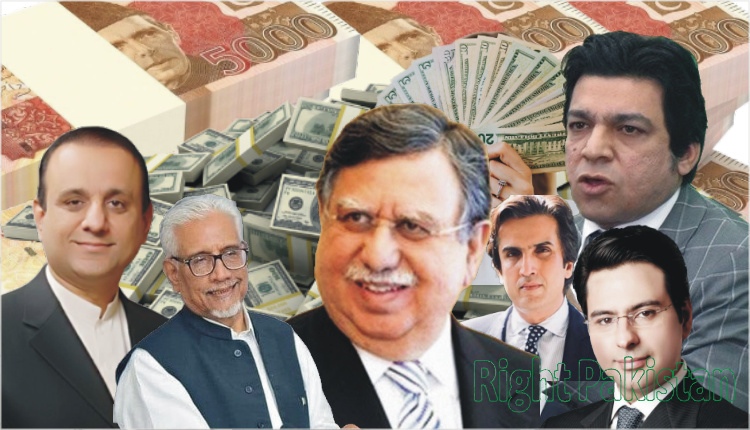 The Pandora Papers have published confidential financial documents of 35 current and former heads of state, 330 politicians, and public representatives from 91 countries and regions around the world.

According to ICIJ, several members of Prime Minister Imran Khan’s own cabinet, who chanted the slogan of change, turned out to be owners of offshore companies.

Imran Khan himself is surrounded by people, cabinet ministers, political comrades who have offshore assets.

Pakistan’s Finance Minister Shaukat Tareen and other members of his family have four offshore companies.

According to Tariq Fawad Malik, the financial adviser who handles the paperwork for these companies, these companies are part of the investment coming from the Saudi business of the Tarin family.

Shaukat Tareen did not respond to a questionnaire sent by ICIJ.

In a statement issued on the day of publication of Pandora Papers, Shaukat Tareen said that the mentioned offshore companies are part of the fundraising process for my bank.

He bought this flat in the name of his elderly mother in 2018 through an offshore company.

The state anti-corruption agency is also investigating allegations that his family’s wealth skyrocketed when he became a minister for the first time under Musharraf.

Vawda told ICIJ that he had declared his assets around the world to Pakistani tax authorities.

Waqar Masood Khan’s son, who was Imran Khan’s chief adviser on finance and revenue from 2019 to 2020, has a company in the British Virginia Islands.

Waqar Massoud resigned in mid-August over a policy dispute.

Waqar Khan told ICIJ that he did not know what his son’s company did.

“My son lives a moderate life and does not depend on me,” he said.

Documents show that in 2017, the CEO of Abraaj Group transferred the ownership rights of UK Holding to an offshore trust operated by Deutsche Bank.

However, Deutsche Bank declined to comment on ICIJ’s questions about the trust’s benefits.

Prominent businessman and PTI donor Tariq Shafi also has about 21 million in assets through offshore companies, according to records.

There have been many scandals against his family in the past, but hardly any of them have had any legal consequences.

According to the documents, in January 2016, Moonis Elahi, who was a member of the Punjab assembly at that time.

He met with officials from Asia City Trust, an offshore asset manager, and financial services provider.

Records show that he told Asia City officials that he wanted to invest the proceeds from the sale of his Phalia Sugar Mills land in 2007.

Monis Elahi then signed a deal of about 33.7 million with Asia City, claiming that the money came from the sale of Phalia Sugar Mills.

It is to be noted that the Global Consortium of Investigative Journalists (ICIJ), a non-benefit newsroom and organization of writers in Washington DC got more than 11.9 million reports.

These reports were containing 2.94 terabytes of secret data of specialist co-ops who are into the matter of assisting set with increasing and offshore companies and trusts in duty safe houses all throughout the planet.