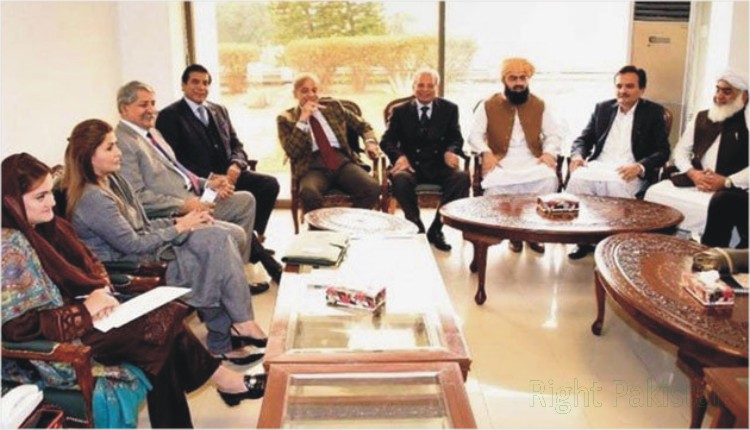 Two federal ministers of the MQM will resign from their posts shortly. The contents of the written agreement between the MQM and the United Opposition came to light.

According to sources, two federal ministers of MQM will resign from their posts shortly. Federal Ministers Aminul Haq and Firough Naseem prepared their resignations.

According to MQM sources, the reason for not resolving issues with the government is their slowness. Prime Minister Imran Khan was a victim of ego. He kept sending his ministers but did not come himself, while the entire leadership of the opposition came to us again and again.

The MQM says that if Prime Minister Imran Khan himself comes now, it is too late and we have decided, the Coordinating Committee will only ratify the written agreement with the opposition as per routine.

Muttahida Qaumi Movement (MQM) Pakistan has decided to support the opposition after a long consultation and agreement.

After that, the weight of the opposition in the no-confidence motion has clearly become heavier.

According to sources, a written agreement has been reached between MQM Pakistan and the opposition, which has been made in two parts, namely at the federal and provincial levels.

An agreement has been reached in this regard which will be ratified by the Central Executive Committee of the Pakistan Peoples Party, then today at 2 o’clock the MQM Coordinating Committee will consider and ratify the agreement.

The MQM will then formally announce its support to the opposition, giving details at a press conference at 4 p.m.

At 2.30 pm, PPP Chairman Bilawal Bhutto Zardari said in his tweet that an agreement had been reached between the United Opposition and the MQM.

Following the tweet of Bilawal Bhutto Zardari, MQM leader Faisal Sabzwari has also confirmed this in his tweet. In which he has mentioned its official announcement in the press conference at 4 pm today.

All the key opposition leaders were present today for the signing of the agreement by MQM Pakistan and the opposition.

Murtaza Wahab, Saeed Ghani, and others were also present.

10 Places to Visit in Islamabad Beauty OF Pakistan