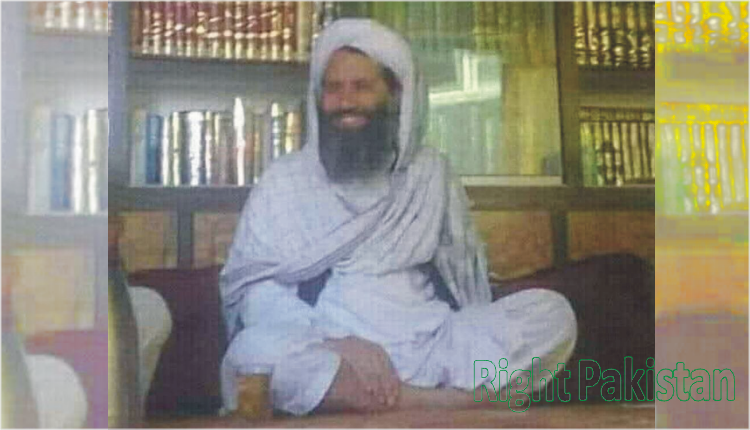 The photo of the Taliban leader is said to be taken a week ago in Afghanistan.

A new photo of Mullah Hebatullah was reportedly taken in a library in Kandahar, the hometown of the Taliban movement.

Afghan journalist Hamid Mohammad Shah shared a photo from his Twitter account, claiming that it was Amir Hebatullah Akhundzada, who was sitting in a library in Kandahar.

According to Hameed Mohammad Shah, the photo was taken a week ago in Kandahar, where Amir Taliban was holding consultations on government formation.

In the photo, Amir Taliban Hebatullah Akhundzada is seen in a very happy mood and has a cup of Qahwa nearby.

The photo suggests that Amir Taliban is talking to his comrades.

There has been no reaction from the Taliban to the image, which has gone viral on social media.

Earlier, Taliban spokesman Zabihullah Mujahid confirmed that Taliban leader Hebatullah Akhundzada had been in Kandahar from the beginning.

The Taliban leader has been overseeing the Taliban’s advance in Afghanistan since gaining control of Kabul and is currently consulting on governance.

Mullah Hebatullah, the founder of the Taliban, does not like to appear on the scene like Mullah Omar.

That is why he has not appeared in the media even after the victory of Afghanistan.

Mullah Hebatullah Akhundzada’s mysterious absence had sparked speculation that the Amir Taliban might have been martyred during the war.

Now he has bluntly said that Taliban leader Mullah Hebatullah Akhundzada has been in Kandahar since day one.

Mujahid also said that he has been leading the formation of the government and he will come to light soon.

Oppo R9 Plus Price in Pakistan

Oppo A59 Price in Pakistan