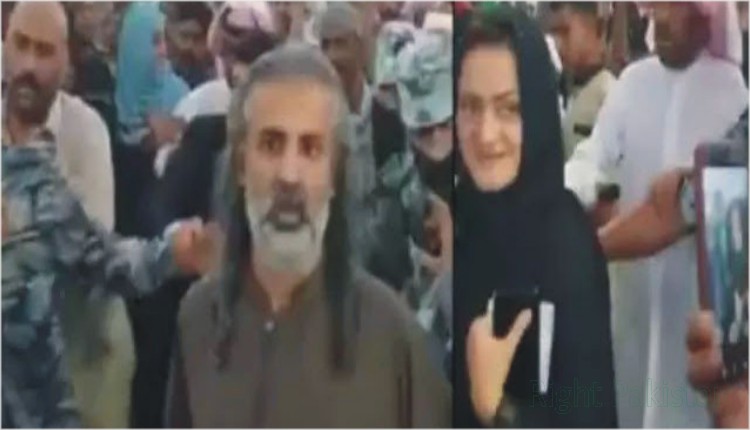 The Saudi government arrested several Pakistani nationals while chanting slogans against a government delegation at the Prophet’s Mosque.

On the arrival of the Pakistani delegation led by Prime Minister Shahbaz Sharif at Masjid-e-Nabawi, some people had chanted inappropriate slogans and violated the sanctity of the Holy Mosque.

The Pakistani Government requests Saudi Arabia take action against those involved in the Masjid Nabavi incident. Citizens across the country have reacted angrily to the incident.

Meanwhile, the Saudi government has arrested some Pakistanis for violating the sanctity of the Prophet’s Mosque. The Saudi embassy in Islamabad has confirmed the arrest of the Pakistanis.

Slogans against the government delegation on the premises of Masjid Nabavi yesterday.

On the arrival of the Pakistani delegation led by Prime Minister Shahbaz Sharif, some people chanted inappropriate slogans.

In the social media video, a group of people can be seen chanting inappropriate slogans on the arrival of Prime Minister Shahbaz Sharif on the premises of Masjid-e-Nabawi.

This act cannot be justified in any case. This must be condemned at every level. May Allah Almighty guide us the right path. Ameen#مسجد_نبوی_کی_توہین_نامنظور pic.twitter.com/WZrKcTlyqL