DGC Major General Faisal Naseer was borns in Rawalpindi in the 70s.

He belongs to PMA 85 Long Course, where he joined the Pakistan Army in 1992 after passing out. He is a young army officer, considered a professional soldier.

He is a career officer belonging to the Military Intelligence of the Pakistan Army. Major General Faisal is also considered currently one of the best officers in the army on the issue of counterintelligence

According to journalist Omar Cheema, Ex-Chief of General Staff General Sahir Shamshad Mirza once wrote in his report about him that Faisal Naseer is an army officer who speaks his mind without any fear or favor.

Army officer Faisal Naseer was recently promoted to the rank of Major General, after which he was posted to Pakistan’s intelligence agency ISI in August.

Note that it does not refer to counterintelligence, but is simply used as a synonym. Apart from these, abbreviations like DGA, DGB, etc. are also used in Pak Army.

Who is Major General Faisal Naseer? 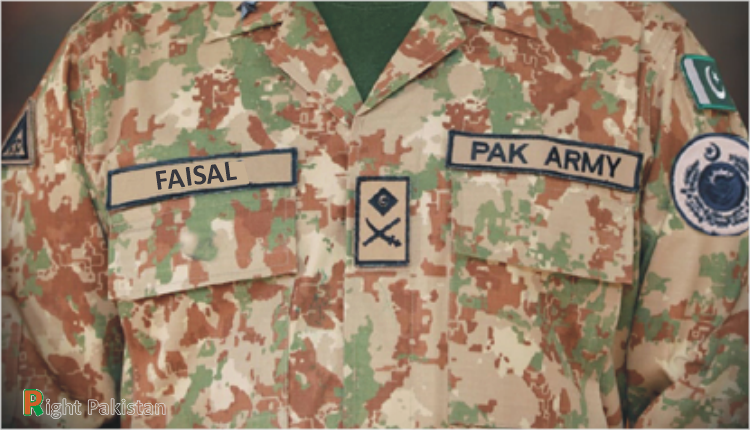 Major General Faisal Naseer received a commission in the Punjab Regiment of the Army.

Early in his career, he moved to the Corps of Military Intelligence, following which his career spanned intelligence assignments.

And that’s why not much information is available about them. During his career, he has been deployed in conflict zones and has been part of important intelligence-based operations.

It has arrested or rendered the most wanted terrorists in the past two decades.

During his career so far, he has received gallantry awards (honors of bravery) such as Tamgha Basalt and Distinction Sanad, as well as the Army Chief Commendation Card.

It should be noted that other gallantry awards in the army include Nishan Haider, Hilal Jarat, Tamgha Jarat, Satara Jarat, Tamgha Basalt, and Satara Basalat respectively. While Army Chief Commendation Card is given on administrative performance.

Major General Faisal Naseer is known in military circles as a tough and professional intelligence officer. Major General Kashif Nazir was appointed to this post before him.

During his career, General Faisal was deployed twice in Balochistan, he conducted several major intelligence-based operations in Sindh and Balochistan.

Pakistan Tehreek-e-Insaf Chairman and former Prime Minister Imran Khan have been heard using the word ‘Dirty Harry’ in his speeches for the past few weeks to criticize a person.

After his statement, there were whispers in the political and journalistic circles of Islamabad about where he was pointing.

Shortly before these statements came to light, some pro-PTI users on social media made tweets that referred to a transfer posting that had recently taken place in Pakistan’s intelligence agency, the ISI.

Later, Imran Khan himself made the same reference but kept avoiding taking names.

But in the last week, the political situation has changed and the ongoing war of words between Imran Khan and the establishment is now being talked about by name.

Earlier, Senator Azam Swati of his party had named two ISI officers, Brigadier Faheem and Major General Faisal Naseer, in a press conference and alleged that they were involved in custodial torture.

Major General Faisal Naseer is one of the three persons whom Imran Khan has accused of planning the alleged assassination attack on him.

He also said that he wanted to register an FIR of murder against him but it was not being done.

On the other hand, Pakistan Army has come out to defend its officer and the Directorate of Public Relations of the Army i.e. ISPR has issued a strong statement.

In this statement, Imran Khan’s allegations have been strongly denied and termed as ‘baseless and irresponsible, unjustified and unacceptable.’

The spokesperson of the army says that “the government of Pakistan has been asked to investigate the matter and legal action will be initiated against defaming the institution with baseless allegations.” 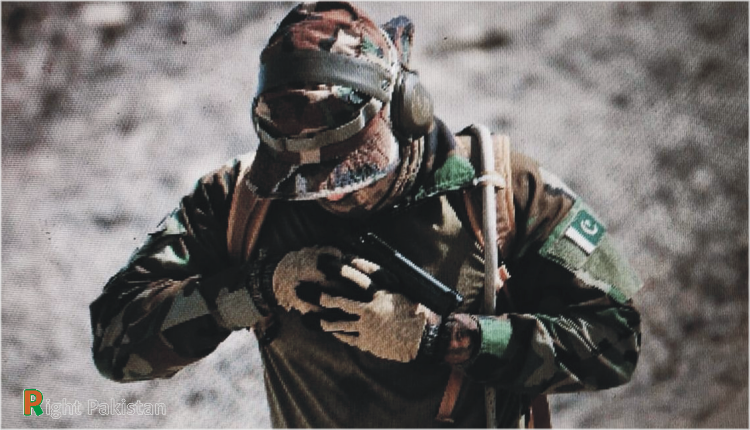 In a tweet, he wrote that ‘as the former Home Minister of Balochistan, I recognize his ability and competence and he is known as ‘Super Spy’ due to his competence and professional services.

Talking about this, the former interior minister of Balochistan, Senator Sarfraz Bugti, said that Major General Faisal has been posted in Balochistan during very tense situations.

“I have known him since he came to Balochistan as a junior officer and served twice in Balochistan when terrorism and militancy were at their peak here.”

He further said that ‘Major General Faisal has complete control over the violent incidents in the name of religion and nationalism.

He said that on these matters I have found him to work in a very professional manner which is characteristic of an intelligence agency.

Major General Faisal was a very intelligent, and hardworking officer. It also happened that if, as the Home Minister, I needed him even at three or four o’clock in the night for any official matter, he was always available.

“The nature of operations in Sindh and Balochistan was such that we would do office work during the day and terrorists and criminals would start their operations at night, thus we would give round-the-clock duty in which Major General Faisal was at the top”, Mr. Bugti said.

He said, “We have seen him work very intelligently and professionally in counter-terrorism and counter-intelligence matters”

Asked that some members of the PTI claimed that Major General Faisal Naseer was involved in activities against politicians and journalists, Senator Sarfraz Bugti said, “The greatest beauty of an intelligence operator is that he knows everyone.” Deals accordingly. 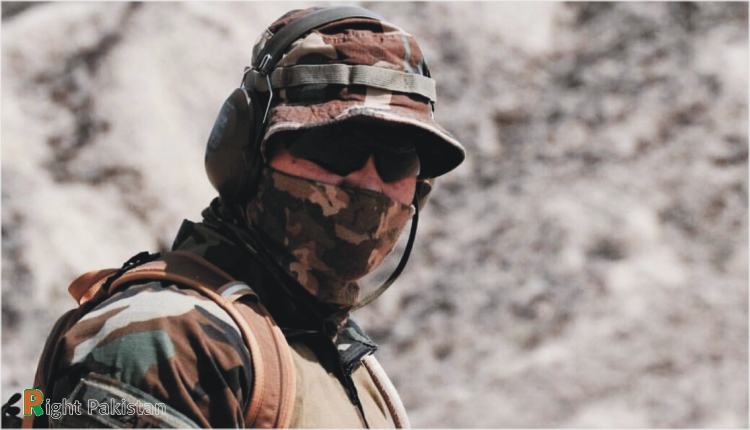 Political people in political style and terrorists in their style. When he was posted in Balochistan and Sindh, no politician ever had any problem with him.

During his recent assignment in Balochistan, there were sixty-five MPs there, but no one ever said he had misspoken or disrespected anyone. So I think this is a game of shining politics.

Is he the first intelligence officer to be made controversial by political parties? The answer to this question is negative.

Major General Faisal Naseer is not the first ‘DGC’ to be mentioned on the tongues of politicians and in media reports. Before him, the current Lieutenant General Faiz Hameed’s name came up again and again when he was DGC.

Even the agreement document between Tehreek-e-Labaik Pakistan and the then PML-N government at Faizabad was signed by Faiz Hameed as arbitrator and his name was heard everywhere when the matter reached the court.

He was also accused that the officials and leaders of Muslim League-N are being threatened and threatened to leave Nawaz Sharif’s side. These are the same type of accusations that Imran Khan is making on the present DGC today.

Similarly, Major General Irfan Malik, who was appointed after General Faiz Hameed, was named Maryam Nawaz and he was also accused of political interference.

What is the Internal Wing or Political Wing of ISI? 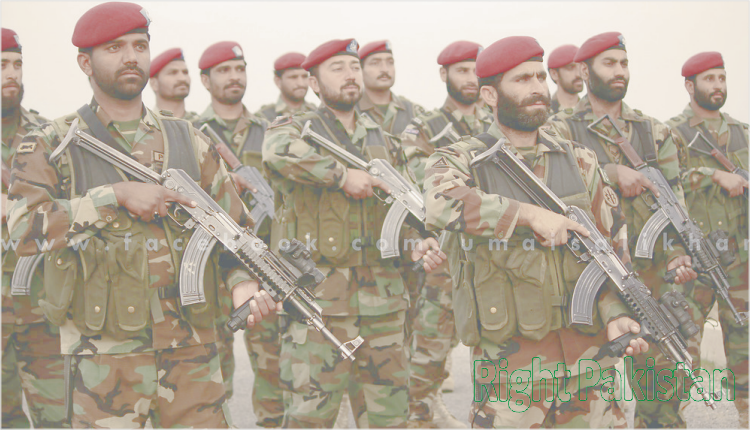 In the history of Pakistan, there have been accusations of using the agency of heads of state for political purposes.

But this ‘political wing’ formally or officially became a part of ISI during Zulfikar Ali Bhutto’s tenure. It is alleged that he targeted his political opponents through this wing.

Now the responsibilities of the ‘Political Wing’ are now under the ISI’s Internal Wing, which monitors and collects intelligence on the internal security of the country, among other things.

It should be noted that former ISI chief Lieutenant General Faiz Hameed made several changes in the secret agency and many new wings became part of it.

DGISI Appointment and the Law:

Why is the appointment of DGISI a cause of conflict between the military leadership and the civilian governments?

Regarding the structure of ISI, Dr. Hein H. Kessling in his book ‘The ISI of Pakistan. In Faith, Unity, and Discipline, the organizational structure of the organization has been described in detail, the information of which, according to him, was provided to him by the ISI itself.

He writes that the institution has seven directorates and several wings attached to them.

The Joint Intelligence Bureau is headed by a Deputy DG under whom there are five directors who are responsible for departments like Political Parties, Counter-Terrorism, VIP Security, Students, and Labour.

Similarly, Joint Counter-Intelligence is headed by the Deputy DG (External) and the responsibilities of this directorate include surveillance of foreign nationals and diplomats, the ISI itself while keeping track of political activities.

However, the so-called ‘political wing’ of the ISI has been controversial at various times and has been accused of ‘political engineering.

Although the main function of this wing is to monitor political activities and leaders to ensure that they do not become part of any anti-national activities, various quarters have been alleging that this role is vague and dubious.

The officer appointed to this post has wide powers and keeps a close eye on political parties and their activities.

According to military experts, this position in ISI is so important that the officers appointed in this position in the recent past also became the head of this institution. Among them are Lt. Gen. Zaheer Islam, and Lt. Gen. Faiz Hameed.

But this position is so sensitive that it is called a double-edged sword. Officers occupying this post sometimes do not get promoted.

There were occasions in the past when there was talk of abolishing this wing. In November 2008, it was announced that the ‘political wing’ of the ISI was being disbanded. And its responsibilities will now be handled by IB.

The announcement was made by the then Foreign Minister Shah Mehmood Qureshi, but the next day a local newspaper said without naming a senior officer that the work of this wing had been stopped but not completely terminated.

Prime Minister Yusuf Raza Gilani also announced the abolition of this wing. But even during the tenure of General Kayani, the political wing continued its work in the ISI.

Later in 2012, the then Defense Minister Chaudhry Ahmad Mukhtar confirmed that “a political wing has always existed in the ISI and is still functioning.”

What is Dirty Harry?

The title that Imran Khan is using today for a senior ISI officer is actually a fictional character played by the famous actor Clint Eastwood in a 1971 Hollywood film.

In the movie called Dirty Harry, Clint Eastwood played the role of an inspector named Harold Francis Callahan, who was called Dirty Harry by his colleagues because every complex case in which it was not possible to take the legal route was under Inspector Callahan’s responsibility. It was installed.

He was convinced of delivering justice by killing dangerous criminals instead of arresting them and putting them in jail. He breaks the law several times in the film to kill a serial killer.