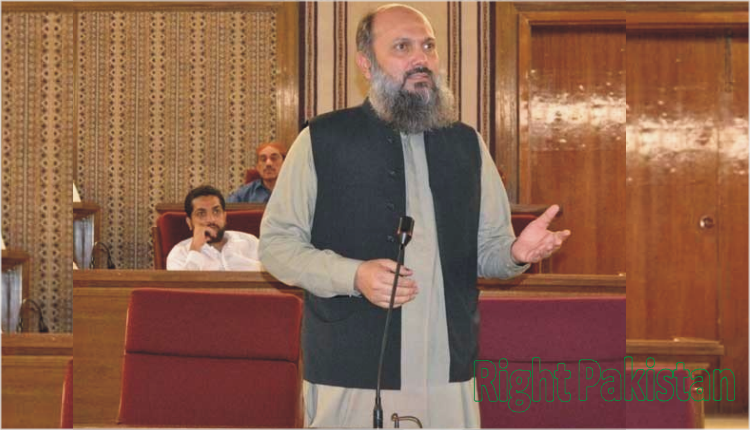 A no-confidence motion has been moved against Balochistan Chief Minister Jam Kamal Khan.

A meeting of the Balochistan Assembly was held under the chairmanship of Speaker Abdul Qaddos Bizenjo.

A no-confidence motion against Balochistan Chief Minister Jam Kamal Khan was tabled in the meeting.

The text of the resolution states:

5 of our members are missing:

Demand for the Resignation of the Chief Minister:

Our missing persons should be brought before the House immediately.

The Chief Minister is asked to resign immediately.

Is the Balochistan govt in danger?

Prior to the meeting, a luncheon was arranged by Chief Minister Jam Kamal Khan for the Balochistan Awami Party and its allies.

The lunch was attended by provincial ministers of allied parties, senators, members of parliament, and parliamentarians.

On the occasion, Jam Kamal said that he was confident on the issue of the no-confidence motion.

Chief Minister Balochistan Jam kamal further said that his allies will stay with him.