Indiana shooting incident: 8 killed and several injured in the US

The assailant also shot himself after the shooting 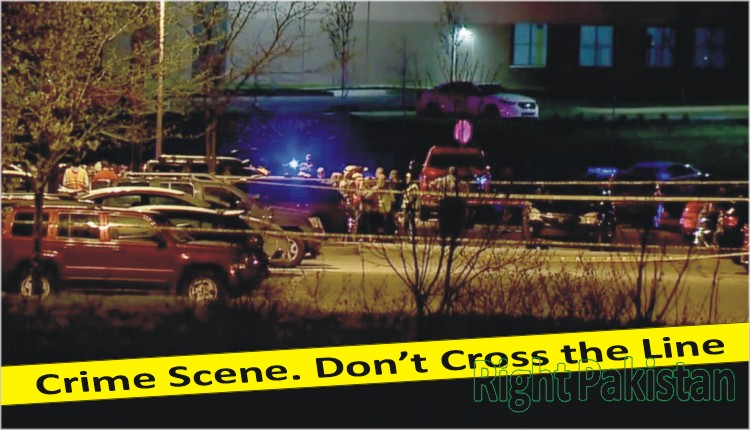 Indiana: 8 killed, several injured in gunfire in Indiana shooting incident US. A gunman shot dead 8 people and injured several others in Indiana.

According to the news, a gunman opened fire outside a FedEx office in the U.S. state of Indiana, killing at least 8 people and wounding several others, according to a foreign news agency.

Scott Swan, a news anchor with WTHR-TV the NBC television affiliate in Indianapolis posted on his official Twitter account:

“IMPD confirms multiple victims with gunshot wounds taken to hospitals after a shooting at the Fed Ex building near the airport. The Shooter took his own life, according to police. No active threat to the community.”

#BREAKING IMPD confirms multiple victims with gunshot wounds taken to hospitals after a shooting at the Fed Ex building near the airport. Shooter took his own life, according to police. No active threat to community. #WTHR

According to a statement issued by Indiana Police, several people were seriously injured in the firing. The injured people have been shifted to different local hospitals.

IMPD says 8 people have died and multiple others were injured in the mass shooting at the FedEx facility in Indy. pic.twitter.com/CwVCqEhmyn

According to police, the condition of several people injured in the firing is critical.

A heavy contingent of police has been deployed in the area and a search operation has been completed.

The assailant also took his own life after shooting others. The body of the attacker has been recovered and an investigation has been started. Details have not yet been released.

On the other hand, a statement issued by FedEx said, “We are fully aware of the tragedy. The safety of the people is our top priority.

“However, our sympathies are with those affected by the firing. We fully co-operate with the investigating authorities is being done”, concluded the statement.

It should be noted that the last few months have seen an increase in the number of shootings in the United States.