I won’t resign, I will come back strong: PM Imran Khan 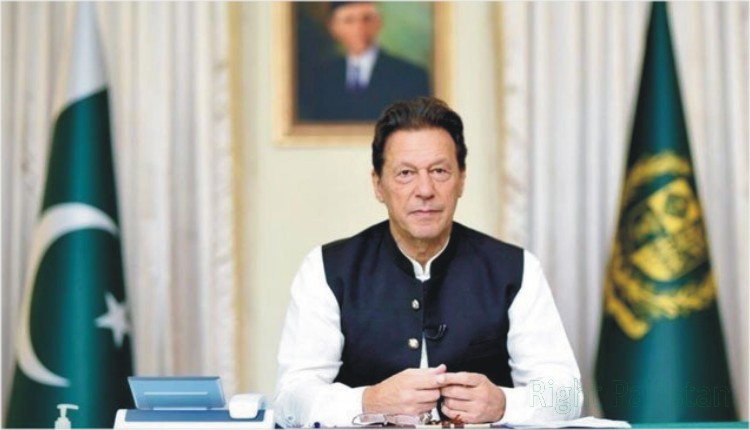 ISLAMABAD: I will not resign, whatever decision is taken on the no-confidence motion, I will come back strong: PM Imran Khan

Prime Minister Imran Khan has addressed the nation live regarding the no-confidence motion by the united opposition and the controversial ‘cable’ in recent days.

In his speech, Imran Khan said that he will not resign, whatever decision is taken on the no-confidence motion, he will come back strong.

He claimed the United States had written a threatening letter in which it was said that if Imran Khan remains the Prime Minister, Pakistan will face difficulties.

Addressing the nation on state TV, Prime Minister Imran Khan said that he had an important point to say to the nation.

“I do not oppose anyone, but my first priority is the 220 million people of Pakistan. I will make an independent foreign policy for them,” he said.

He said that the purpose of PML-N president Shahbaz Sharif coming to power was something else, his brother (Nawaz Sharif) could not even talk.

The prime minister said, “The letter was suspected. I put the letter before the cabinet, then the National Security Committee, and then the journalists.”

I will come back strong: PM Imran Khan

He said that the no-confidence motion would be voted on this Sunday the country would decide which way to go.

He asked if these would be the same people who are corrupt and whose assets are out of the country.

Imran Khan said that it is criticized that what happened to the situation in the country in three and a half years? But the united opposition has been in power for 30 years.

Imran Khan added that people told me to resign but I want to make it clear that I will fight till the end, whatever the outcome of the no-confidence motion, I will be even stronger.

These 3 are Mir Jafar & Mir Sadiq of this era: IK

He said that what message is being received from the youth, who is acknowledging that Shahbaz Sharif, Asif Ali Zardari, Fazlur Rehman are ideological people, all these people are bargaining for their conscience and country.

He said that those who have sat in the ranks of united opposition should remember that the people will never forget them, you have become a part of a conspiracy abroad, no one will forgive you.

Prime Minister Imran Khan said that these three are Mir Jafar and Mir Sadiq of this era, the nation will not forget for the rest of their lives, they are going to do this that future generations will not forgive them, I will stand against conspiracy.