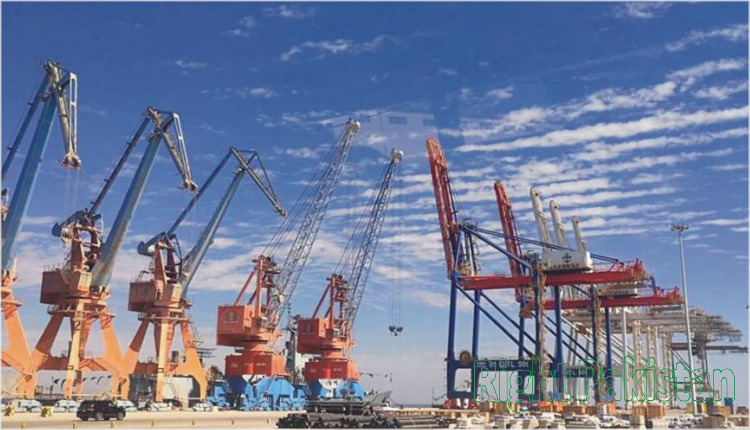 This phrase of Leo Tolstoy from a century ago came to mind while traveling from Karachi to Gwadar last week.

On the 653-km-long coastal highway, where the mind-blowing natural scenery was in front of you, there were also terrible camps of poverty scattered on both sides.

Many thoughts and questions about Gwadar, a game-changer project for Pakistan, were arising in my mind, on the other hand, the life of the common man in the Makran division was suffering due to poverty.

During this conflict, a strange mountain range started on the right side of the coastal highway.

The indelible imprints of an ancient civilization were evident on the mountains, like an empire established here thousands of years ago, whose palaces and mind-boggling structural designs are still evident today.

The rocks have been carved into unique lines by the evolution of centuries and the natural erosion of sea breezes that fascinate the tourists who come here. This is Hangol National Park.

Hangol National Park is the largest national park in Pakistan which is spread over an area of ​​about 619 thousand acres.

It is spread over three districts of Balochistan, Gwadar, Lasbela, and Awaran, at a distance of 190 km from Karachi. This vast area was given the status of National Park in 1988.

A rock called ‘Princess of Hope’ is a landmark of Hangol National Park. From a distance, it appears to be a statue of a tall woman looking for something on the far horizon.

When famous Hollywood actress Angelina Jolie came to Pakistan on a United Nations goodwill mission, this rock became the center of her attention and she named it the ‘Princess of Hope’.

It is said that it was not created by man but by sea winds and erosion. On the other hand, the Sphinx of Balochistan is also called the statue of Abulhol by the locals.

The rock, which bears a striking resemblance to the famous Sphinx statue in Giza, Egypt, was discovered in 2004 by local laborers and engineers during the construction of the Makran Coastal Highway.

Makran’s picturesque beaches attract travelers on the Coastal Highway. The beach adjacent to Kund Malir, also known as Virgin Beach, was included in the list of 50 most beautiful beaches in Asia in 2018.

Similarly, after Kundamleer, you start traveling again on the coastal highway, then another very attractive Ormara Beach welcomes you, almost between Gwadar and Karachi.

The desert and high mountains around this golden beach add to the attraction for tourists. And after enjoying the beaches of Mara, the next stop was the city of Gawar.

There was a very strange situation when entering Gwadar city. We have been hearing and reading since childhood that Russia invaded Afghanistan to access warm waters, but as a result of the sacrifice of billions of dollars and the lives of thousands of people, the dream of the Soviet Union was shattered, but today Russia has access to the same Gwadar through China.

For the past two decades, it has been announced that Gwadar Port will prove to be a game changer for Pakistan due to China’s economic plan (CPEC).

Pakistan will set new standards of development, which will revolutionize the lives of the Pakistani people, especially the Balochi people who are suffering from poverty and deprivation.

The construction of Gwadar Port has been completed but the economic activities at Gwadar Port are very limited due to the slow pace of CPEC.

It seems as if the CPEC project has been put on the brakes in the last four years as a deliberate plan. Development work in Gwadar has been badly affected due to the power struggle between the Federation and Balochistan.

The aggrieved residents of Gwadar complain that more than 140 billion rupees have been released for Gwadar in the last 15 years, but no development projects are visible except for the Marine Drive highway and some roads.

It was a shock to know that despite the provision of funds worth billions of rupees, the residents of Gwadar still do not have the facility of clean drinking water. Gwadar city is ruled by the tankers mafia.

Balochistan government installed plants for two water projects, but due to malice, mismanagement, and corruption, both plants have failed to provide clean drinking water. May God bless China, whose small plant provides some water to the local people.

When I reached Gwadar, I started getting messages from many friends inside and outside the country that they had bought plots in different housing societies. I must go and see their plots on the spot.

All these people have never been to Gwadar but have invested crores of rupees thanks to attractive advertisements for housing societies.

Out of more than 75 private housing societies in Gwadar, only three societies have started some development work, the rest are limited to papers and deserts, but GDA does not care how Pakistani citizens have been looting in the name of Gwadar for years.

Gwadar has not yet been able to change the lives of the local people through its economic activities, but Gwadar Institute of Technology in the desert of thousands of acres of Gwadar has definitely brought hope to the dead hearts and a faint smile on the withered faces.

This institute of the Balochistan government was known as a ruin and a failed project for years, but then nature entrusted this duty to the heartbroken Principal Tariq Aziz.

On which Tariq Aziz, despite having no relevant experience, united the boys and girls of Makran Division day and night to conduct other modern courses with computer technology.

Tariq Aziz knocked on the corners of Pakistan to provide opportunities for self-respect and education to the Baloch youth living on the floors in the hostels of Gwadar Institute of Technology.

Get in touch with international institutions and get scholarships, as a result of which hundreds of young Baloch boys and girls are engaged in changing their lives and the lives of other Baloch people instead of being used for nefarious purposes by anti-national elements due to unemployment and feeling of deprivation. Ironically, there is a power crisis in Gwadar.

Even today, Gwadar is not connected to the National Grid of Pakistan. Efforts are being made to meet the electricity demand in Gwadar from Iran.

For hundreds of years, the Princess of Hope has been waiting in Hangul National Park to find out why Balochistan, which is changing the economic lives of many regions of the world, is not changing the lives of the Baloch people despite being rich in natural resources and having a strategic economic position.