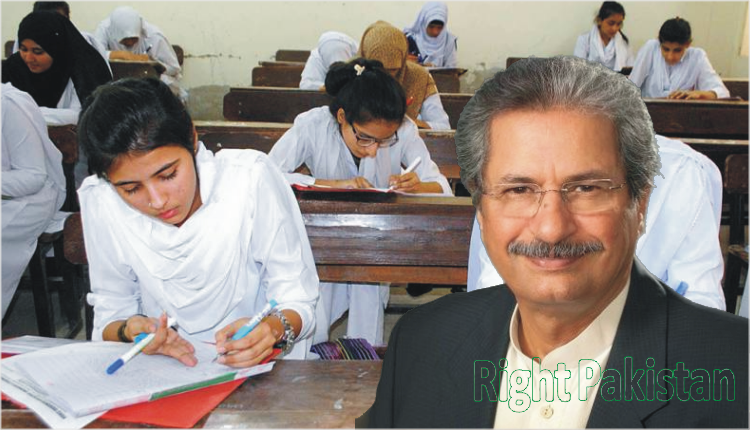 ISLAMABAD: The Federal Govt canceled all the exams, including the examinations of A and O level for 6 months. Federal Minister Shafqat Mahmood also postponed the exams of 15 June.

A virtual meeting of NCOC (National Command and Operation Centre) was held on the video link.

Addressing health concerns of students and parents All exams cancelled till June 15 and depending on the spread of the disease may even go further. Cambridge exams postponed till Oct/Nov for all grades. Only exception for those in A2 who have a compulsion to take exam now

The meeting discussed the matriculation, intermediate, and Cambridge examinations across the country in the prevailing situation of Corona.

Govt Canceled All the Exams

He said that no decision is easy in difficult times as the cases of Corona may increase in May. He said that considering the situation of Corona, all the exams have been canceled till June 15.

The examinations for the 9th to 12th classes, which were scheduled at the end of May, have been further postponed.

Shafqat Mahmood said that the postponed A-levels exams would be held in October, but would review the situation in the third week of May.

He said that the Cambridge A2 exams will continue to be conducted for those enrolled in foreign universities.

It was also decided that wherever there are examinations, there will be no more than 50 children and law enforcement agencies will be deployed outside the examination centers to avoid the rush.

Sources claim that the education ministers vehemently opposed the proposal to promote children in the next classes in the Cambridge examinations on school grades.

He said that under no circumstances should children be passed without examinations.

Dr. Faisal Sultan, Special Assistant to the Prime Minister for Health, said that 85000 A and O level students were to be tested on different days, out of which this number will now be reduced to 21000.