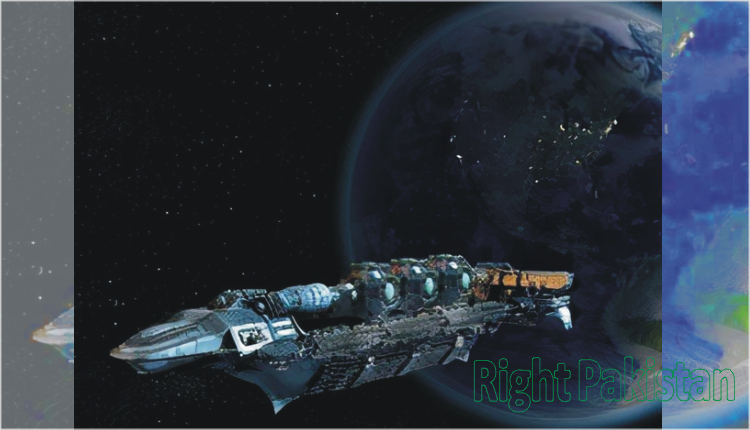 BEIJING: Get prepared to see the world’s largest Chinese spacecraft. Yes, it is going to happen as China is preparing to develop a one-mile-long spacecraft.

On the other hand, China’s plans to develop a “one-mile-long Mega spacecraft” are a matter of concern in the United States.

Recently, the National Natural Science Foundation of China (NNSFC) made an important announcement.

The announcement invited Chinese scientists to conduct research on a “huge spacecraft”, among other major projects.

The announcement has caused a wave of concern in Western countries, especially in the United States.

The spacecraft or space station will probably be about a mile long where astronauts will be able to stay longer.

An amount of one and a half crore yuan has also been approved for preliminary research in this regard.

The news was first published on the website of the South China Morning Post, an English-language newspaper from China, on August 24, 2021.

Based on this news, articles were also published on Live Science, The Next Web, Interesting Engineering, and Universe Today.

In addition to objections to China’s gigantic space plans, the articles also cast doubt on the idea of a particularly large spacecraft/space station.

The articles said that $ 150 billion has been spent so far on the 16-nation Joint International Space Station (ISS), while its annual budget is around $ 3 billion.

The ISS is 361 feet long, while China’s proposed space station/spacecraft will be about 15 times longer.

Therefore, it is certain that the cost of the Chinese space station/spacecraft will also be fifteen to twenty times higher than that of the ISS.

The website “LiveScience” quotes Mason Peck, a former NASA chief technologist and current professor of aerospace engineering at Cornell University, as saying that the project is “extremely difficult” but not impossible.

According to Mason Pack, the project will face two major challenges: the first is its size and the second is its cost.

It seems that even Chinese experts are not unaware of this aspect because the National Natural Science Foundation of China has made it clear in its announcement that they are looking for a light but strong substances.

These Substances must withstand the weightless and hazardous radiation of space for years.

On the other hand, Chinese space research institutes are also working on rockets that will be many times more powerful than the current most powerful space rockets.

In addition, they will be able to carry hundreds of tons of cargo into space in one flight.

In the light of this and other similar aspects, it can be said that preparations for such large-scale projects in China were probably started long ago, which have been put into practice.

Polling for Cantonment Board Election 2021 completed