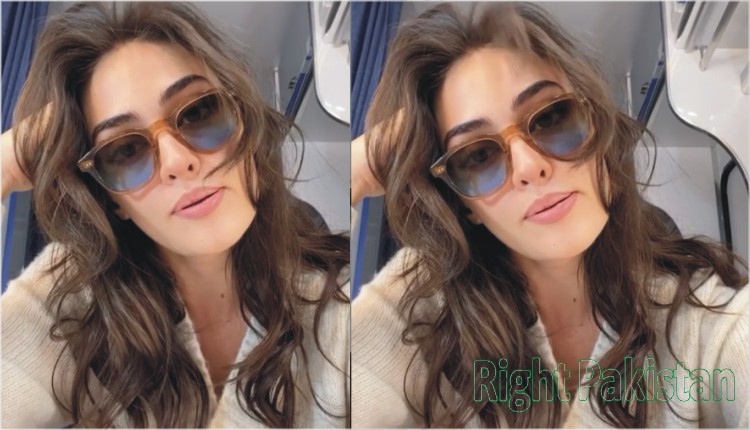 ISTANBUL: The new InstaPost of Turkish actress Esra Bilgiç aka Halima Sultan caused a stir on the internet. Esra Bilgiç has shared her new video on Instagram, in which she is blowing her hair on face in a stylish way.

In this video, Esra Bilgiç has her right hand behind her head, while with her left hand she is probably making her own video.

Esra, who has already won the hearts with her splendor performance in Turkish hit dramas “Ertugrul” & now “Ramo”, ‘, brandished her simple beauty in outfit. 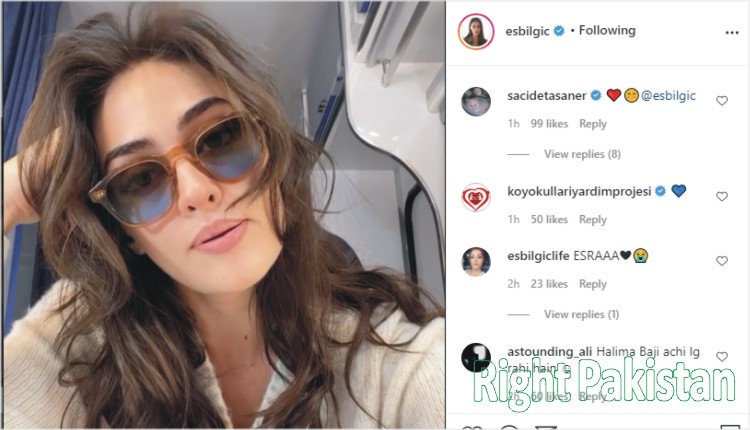 Her followers are showering their praise and love on her beauteous and charming look.

It should be noted that Esra Bilgic is amongst the most beautiful Turkish actresses, who has played the leading role of “Halima Sultan”, the wife of Ertugral Bey in the TV drama series “Dirilis Ertugrul”.

Esra Bilgic has made a huge circle of fans not only in Turkey and Pakistan but all over the world with her lively acting.