By administrator Last updated May 5, 2021 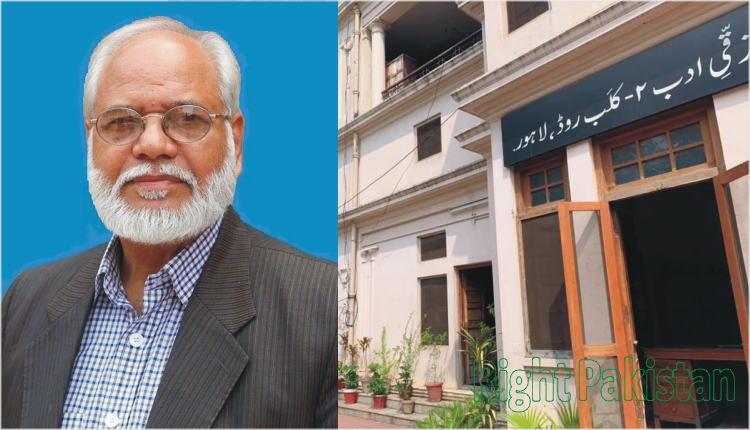 The article “Dr. Tehseen Faraqi and Majlis-e-Tarqi-e-Adab!” is written in Urdu by Famous intellectual, Columnist, Poet, and Professor Ataulhaq Qasmi. “Right Pakistan” is happily presenting its English version with thanks. Let’s read.

Common readers of the newspaper may not be aware that the scholarly works of Majlis-e-Tarqi-e-Adab Lahore are viewed with utmost respect not only in the Indian subcontinent but also in the world of Urdu classical literature.

Why not? Imtiaz Ali Taj, Prof. Hameed Ahmad Khan, Ahmad Nadeem Qasmi, and Shehzad Ahmad have been among the heads of this institution.

After the death of Shehzad Ahmed a few years ago, Dr. Tehseen Faraqi was appointed as the Director of the Majlis.

Earlier, during the directorship of Ahmad Nadeem Qasmi and Shehzad Ahmad, they used to provide an opportunity to meet guests from abroad.

Those who came from abroad considered their visit incomplete without coming to this institution.

It continued after them under the leadership of Dr. Tehseen Faraqi, but now he has been removed from the post without giving any reason.

According to the current agreement with him, he was to serve as the head of the organization for one year and one month more.

After that, the contract period was to be extended as the previous heads had the opportunity to serve the “Majlis” for 25-30 years.

Dr. Tahseen Faraqi holds a very prominent position among the scholars who are present among us at this time. 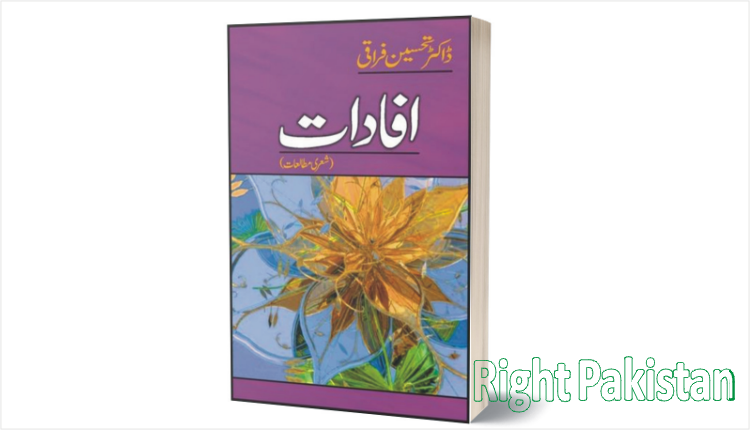 Dr. Tahseen Faraqi is the author and compiler of 41 research and creative books. I can list some of their names here. For example:

I wanted to write the names of all the books but!

He was unjustifiably removed from his post. He had guided many during their doctorate at Oriental College Lahore.

He published under the auspices of a high-class classical literature institute.

He was performing his duties and his separation from the institution is being mourned in academic and literary circles. How many articles have been published on this subject, so what can happen if I write a column? (Ataulhaq Qasmi)

I have known Dr. Tehseen Faraqi for decades. In addition to his scholarly literary works, I am captivated by his immense nobility, honesty, fidelity, and countless other attributes.

More by the Same Writer:

It would have been better if this non-political figure had to make this decision by the relevant department of the government, then this rare gem would not have been lost like this.

He would have been accommodated in an institution where a place could have been made for him or Lahore which has a historical and scientific identity all over the world.

He would have been assigned the task of liaison and diplomacy with outside academic institutions, and it can still happen!

I am very optimistic and seldom disappointed. In spite of what I am proposing, I am going through some stages of optimism.

Dr. Tehseen Faraqi has a very enthusiastic personality. Hearing the sudden death of his young son a few years ago, all his friends were deeply saddened.

He also had a concern that he might not be deprived of the blessings of a scholar as a result of this trauma.

The informants said that Faraqi’s chest was bursting with grief, but those who came for condolence could not see the moisture in his eyes.

He lamented the death of his son, which is also a part of his poetry collection.

He immersed himself in the work of the “Majlis” so much that I remembered the autobiography of a former IG of Police (unfortunately his name has slipped out of my mind).

“The former IG of Police recalls one of his teachers, who taught children. He knew how to adorn and never missed school.

When his only daughter passed away, the children were happy to think that “Master Sahib” would not come to school that day.

But that respected teacher arrived at the school immediately after his daughter’s funeral and returned home after performing his duty where people had come for condolence.

A gentleman said, “What is the harm if you take a holiday today?” The teacher replied, “I used to teach the children every day as my duty. Today I did this work for the forgiveness of my daughter.”

Faraqi, too, served literature more than ever after his son’s death, perhaps with the same thought.

The truth is that I am not satisfied with my column today as I was not feeling well today, and canceled meetings with many friends.

But despite not being satisfied with the column, I felt a sigh of relief.

Whenever I sat down to write about it, I would tear up two or three pages because I wasn’t satisfied.

I used to do the same today, but how long would I carry the burden of my heart on my chest?

The four corners of the triangle: Book review by Ammar Masood

Crooked discussions on PM’s expression of pride: A column by Irfan Siddiqui