Federal Minister Sheikh Rasheed was addressing a press conference here in Islamabad on the law and order situation that prevailed after TLP protests across the country.

Sheikh Rashed announced that TLP’s recent activities including destroying public property and abduction of policemen have led the Govt to ban Tehreek-e-Labbaik Pakistan under Anti-Terrorism Act 1997, (11) B.

Interior Minister Sheikh Rasheed told that at least 2 policemen were martyred during the recent protests by TLP workers.

He also maintained that 340 policemen and officers were injured during protests.

Sheikh Rasheed said that protesters also tried to take many of the policemen hostages and compelled the Govt to accept their demands.

Federal Interior Minister made it clear that cases registered against TLP workers regarding violence during demonstrations will not be taken back.

The minister also warned the members of the TLP party’s social media wing and urged them to surrender before law enforcement agencies.

“A detailed summary to ban TLP will be forwarded to the federal cabinet”, the Interior Minister Sheikh Rasheed concluded. 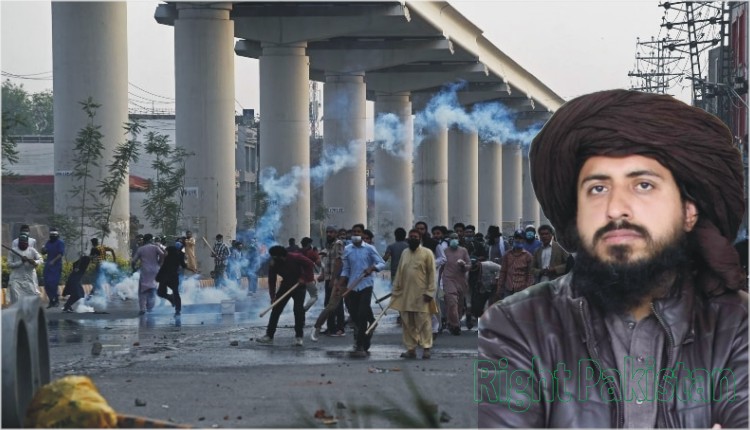 The Tehreek-e-Labbaik Pakistan had given the government a deadline of April 20 to address the issue agreed last year.

Otherwise, Tehreek-e-Labbaik Pakistan had threatened to march towards Islamabad and sit-in at Faizabad in Rawalpindi.

Tehreek-e-Libbaik had demanded the deportation of the French ambassador over the issue of Honour of the Holy Prophet PBUH.

An agreement was also reached between Tehreek-e-Labbaik Pakistan and the Federal Government in November last year.

Allama Khadim Hussain Rizvi, head of Tehreek-e-Lubaik, has passed away