Control computers with ears: A widget to help special persons with any disability 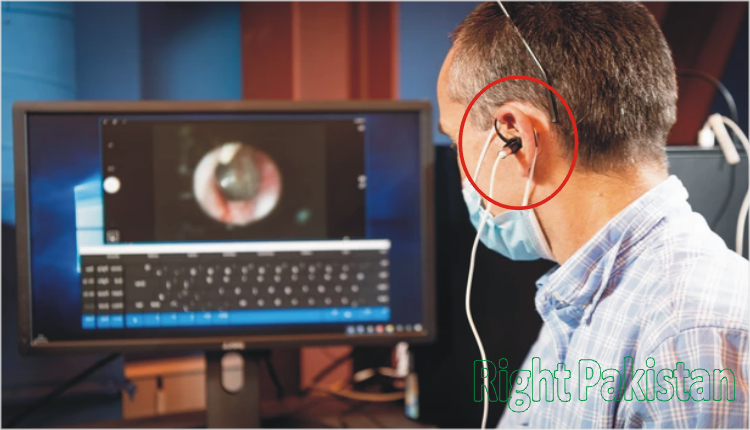 London: Have you ever heard of how to control computers with ears? If not, then it is going to happen now.

People with a mental illness, stroke, or another type of disability can now control computers and tablets with their ears.

For women and men suffering from ALS and other diseases, a small in-ear device called an ‘ear switch’ has been developed.

This device can act as a kind of mouse and give them all kinds of control over the computer and tablet.

The air switch works through the tensor tympani, a small organ inside the brain. This allows the computer to be controlled.

Its prototype is made of silicon and has a very thin camera mounted on it.

When the wearer consciously puts pressure inside the ear, the camera notices the movements and its instructions reach the computer.

The device has been developed in the University of Bath’s digital laboratory.

The University of Bath is located in Bath, Somerset, United Kingdom.

How Does This Device Work?

Experts at the University of Bath have developed an in-ear clicking device that will allow people with disabilities to operate computers.

Such signals reach the on-screen keyboard and different characters can be selected with an in-ear click.

This device has been invented by Nick Gompers, which has made it possible to control the computer by ear.

It should be noted that the famous scientist Stephen Hawking had an infrared camera in his spectacles.

Stephen Hawking used to control the computer and the sound emitting machine with the movement of his chin.

Experts believe that people with severe ALS can also put pressure on the inner part of the ear.

People don’t even know that they can intentionally control the smallest organ in the body that is inside the ear.

Initial experiments with this tool have yielded very encouraging results.

Causes of arthritis! Do mouth germs cause arthritis?

The longest meeting to sight Shawwal crescent, and decide Eid-ul-Fitr