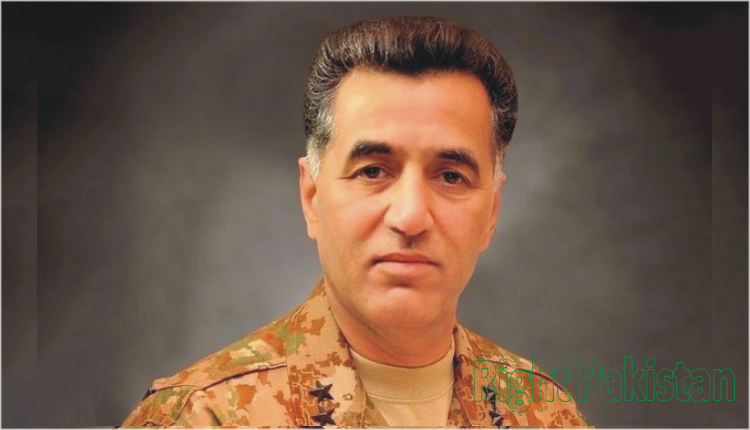 He was a three-star ranking general and served as Core Commander Bahawalpur in the Pakistan Army. as his last appointment in Pak Army.

He came to the limelight when he was DGC in ISI (Inter-Services Intelligence). Later he was appointed DG ISI by ex-PM Imran Khan.

Sardar Faiz Hameed was born in village of Latifal in Chakwal, Pakistan.

He was commissioned in the Baloch Regiment.

Sardar Najaf Hameed, his brother is a land revenue officer in his hometown.

Faiz Hameed’s family belongs to Chakwal which has produced prominent military commanders in the history of Pakistan. 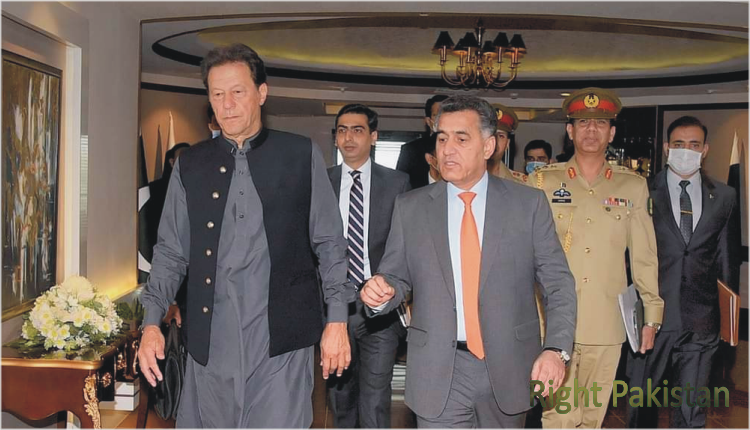 Ex-chief spymaster of Pakistan General Faiz Hameed has his roots in the Mughal tribe. It is claimed that his ancestors came to the sub-continent with Mughal Emperor Babar.

Following are the details of commands held by Gen Faiz Hameed in the Pakistan Army.

DG ISI Lt Gen Faiz Hameed reached Kabul a few days after the Afghan capital was conquered by the Taliban.

said on Saturday that “everything will be okay” in Afghanistan as he arrived in Kabul on what sources said was a day-long trip related to the security of the region.

“What do you hope is going to happen now in Afghanistan,” a reporter asked General Faiz.

Lt Gen Faiz Hameed told the reporter with a smile on his face, “Don’t worry, everything will be okay”.

General Faiz Hameed’s name first came to light between 2017 and 2018, when banned TLP workers staged a sit-in at Faizabad, Rawalpindi for several days.

The agreement between the government and the Tehreek-e-Labbaik was signed (then Major General) by Faiz Hameed as a guarantor.

General Faiz Hameed has been criticized by the leadership of the opposition party PML-N.

After appearing in the Islamabad High Court, PML-N Vice President Maryam Nawaz spoke to the media.

Maryam Nawaz said, “My case was politically engineered, General Faiz Hameed made this case and sentenced me.”

PML-N leader Maryam Nawaz alleged that General Faiz had ensured that a bench was formed which would not grant bail to Nawaz Sharif and me.

Maryam Nawaz also alleged that her case was framed, tried, and sentenced by General Faiz, so the case is completely baseless.

After the premature retirement of Corps Commander Bahawalpur Lt Gen Faiz Hameed, his military career has ended in controversy.

As ISI chief, he will be counted among the most controversial officers in the history of Pakistan.

He who does not admit his mistake is not a leader: Army Chief General Bajwa

He was appointed Director General of ISI in June this year after being appointed as Lt General in April 2019.

Tehreek Labeek’s violent sit-in against a controversial amendment to the Election Act by the then PML-N government, which lasted from November 5 to 26, 2017, came to an end when the then ISI DGC Maj. Gen. Faiz Hameed signed the agreement with them.

The government also withdrew the amendment, but the protestors demanded that the then Law Minister Zahid Hamid resign, which was accepted in the controversial agreement.

Maulana Khadim Hussain Rizvi, head of Tehreek-e-Labaik, said in a statement given to the media that there was no negotiation or agreement with any government figure including Shahbaz Sharif and Ahsan Iqbal, but the negotiations were with General Faiz and he is also the guarantor.

Maulana Khadim Hussain had claimed that an agreement was reached to end the sit-in at the behest of Army Chief General Qamar Javed Bajwa. 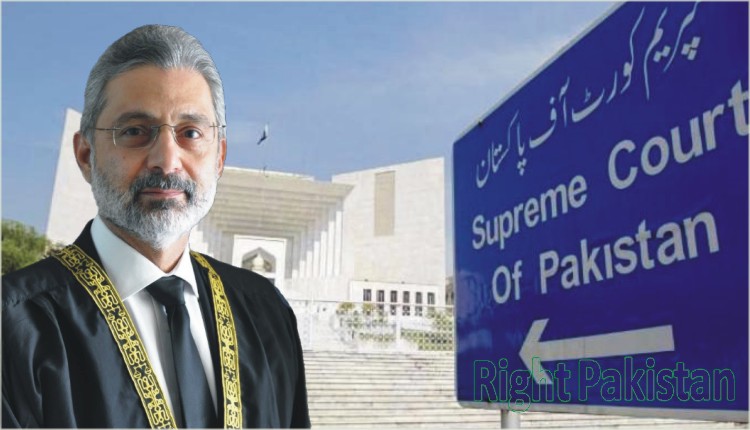 When the Faizabad sit-in case was heard in the Supreme Court, Justice Qazi Faiz Isa in his judgment ordered action against the army officers who violated the oath, including Major General Faiz Hameed.

The Ministry of Defense had said in the reply submitted to the Supreme Court that “the political leadership had called the armed forces for help due to the failure to control the situation, so the army had to play a role.”

However, Justice Faiz Isa wrote in the judgment that the Constitution of Pakistan prevents the army from being a part of political activities.

The army cannot support any political party or personality. Therefore, the Ministry of Defense and the heads of the armed forces should take action against those who violate their oath.

Later, the PTI government, with the approval of President Arif Alvi, filed a presidential reference against Qazi Fire Isa in the Supreme Judicial Council, questioning the assets of Justice Faiz Isa and his wife.

This reference was invalidated by the majority of the 10-member bench of the Supreme Court last year. However, the name of General Faiz Hameed continued to be used in the filing of this reference.

Speaking to journalists after the fall of his government in April this year, former Prime Minister Imran Khan said that “bringing a reference against Qazi Fire Isa was a mistake.”

In August 2019, the opposition parties moved a no-confidence motion against Senate Chairman Sadiq Sanjrani, so they were confident that the motion would succeed due to a clear numerical majority.

However, when the voting took place, 50 votes were cast in favor of the motion against Sadiq Sanjrani, while 53 votes were required for its success.

45 members of the Senate voted in favor of Sadiq Sanjrani while the number of government members in the House was 36.

On this surprising defeat, Mir Hasil Bizenjo, the candidate of the United Opposition, said that ISI chief General Faiz was responsible for it, who pressured his senators to vote against the party’s policy.

However, this was denied by the PTI leadership at that time. 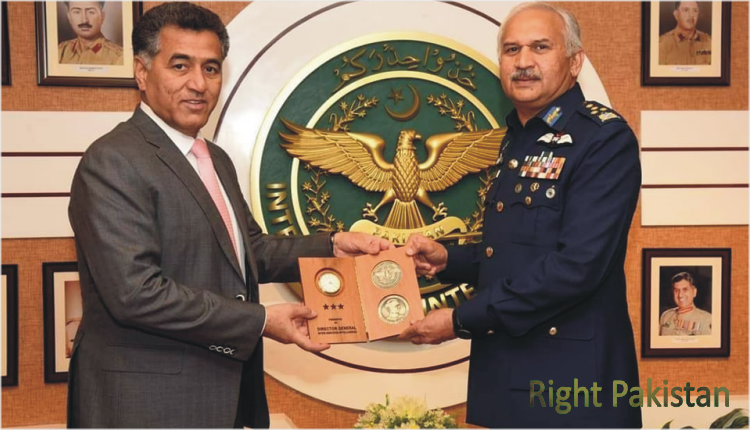 Both before and after the incident, opposition leaders accused General Faiz Hameed of interfering in favor of Imran Khan’s party.

In a video address from London at the Gujranwala rally, former Prime Minister Nawaz Sharif criticized General Faiz by name for his political role against his party.

After that, his daughter Maryam Nawaz also criticized him for taking the name of Faiz Hameed.

When the Taliban took control of Afghanistan in August 2021, General Faiz Hameed visited Kabul as the ISI chief.

During a visit to Kabul in the first week of September, a video of him having tea at the Serena Hotel surfaced, in which he said in English, “Don’t worry, everything will be fine.”

That video went viral worldwide and his visit became a topic of discussion. The question also started to arise if the new government of Afghanistan has not been formed yet, what was the real purpose of their departure.

Then his photo was also mentioned whether it was released on purpose or just a coincidence. Observers criticized it and termed it as unnecessary which harmed the national interest of Pakistan.

Controversy over Transfer from ISI

When the news of the transfer of General Faiz Hameed from ISI to Peshawar was released by ISPR in October 2021, after that a conflict arose between the political government and the military leadership.

And the prime minister kept working back and forth in releasing Lt. Gen. Hameed from ISI.

The conflict was also widely commented on in the media and was seen as a major strain in civil-military relations and it became clear that the government and the military leadership were no longer on the same page.

Many political analysts see the transfer of General Faiz Hameed as a major milestone at the end of Imran Khan’s government.

In a podcast in May this year after the fall of his government, Imran Khan admitted that he did not want to transfer General Faiz Hameed to IS.

He said that he had started to know from last July that the PML-N members had planned against his government, “What they have done now is that they had planned it long ago.”

General Faiz once again made headlines when a no-confidence motion was filed against Imran Khan.

Asif Farooqi of BBC Urdu in his article pointed out that the Prime Minister wanted to remove the army chief and appoint someone else (probably General Faiz) as army chief.

The article narrates the story of last night’s events that

It is unknown at this time what they talked about.

The sudden arrival of these uninvited guests was unexpected for the Prime Minister. Imran Khan was waiting for the helicopter but his guesses and expectations about the passengers of this helicopter proved to be completely wrong.

Sources said that the former prime minister was expecting that his newly appointed officials would reach the Prime Minister’s House in this helicopter and after that, the noise which started from Parliament House after the Supreme Court decision would subside.

It may have happened, but the problem was that the legal document (notification) that should have been issued by the Ministry of Defense for this highest dismissal and a new appointment could not be issued, thus thwarting the Prime Minister’s House’s attempt at this ‘revolutionary’ change.

On Sunday morning, however, the Army spokesman denied the allegations.”

However, even before that, he had faced controversies as DGC in the ISI.

Lt Gen Faiz Hameed was scheduled to retire on April 22, 2023, after completing his service.

Faiz Hameed’s name was included in the panel, which was sent by the Ministry of Defense to Prime Minister Shehbaz Sharif for the appointment of the new Army Chief.

After which Lt. General Faiz, who was serving as Corps Commander Bahawalpur, retired from the army on 28th November 2022. Lieutenant general Faiz Hameed was due to retire in April 2023. 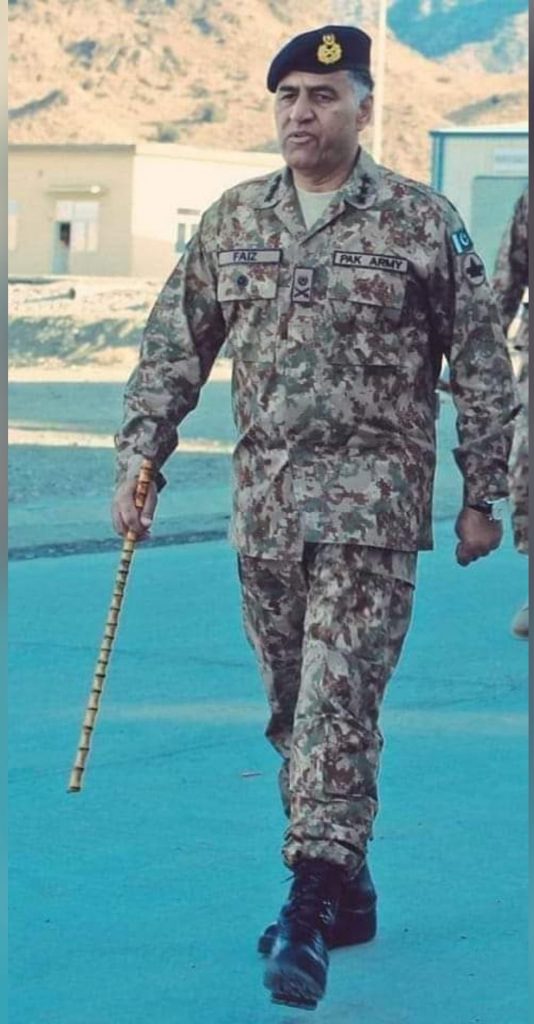 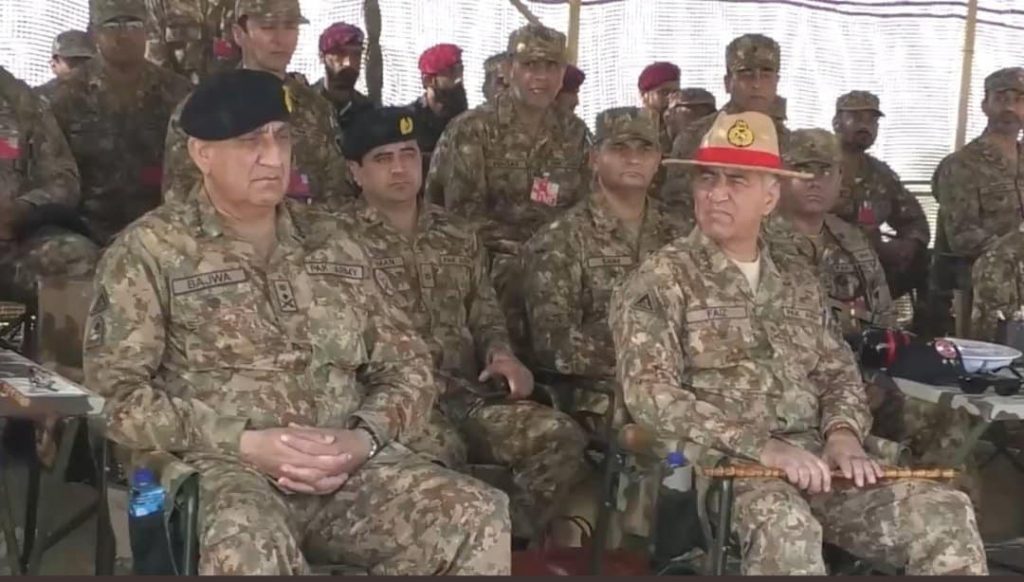 Ordinance for Extension of Chairman NAB on tomorrow