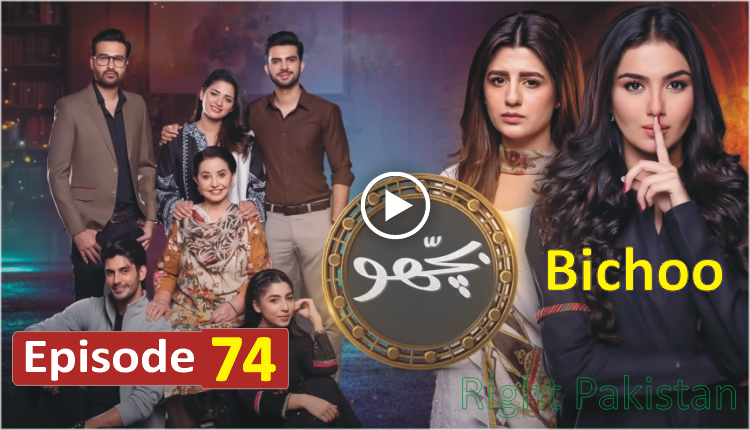 Bichoo show is a story that twirls around two sisters named Mahnoor (Maria Malik) and Afreen (Syeda Tuba Anwar), both are focal individuals from the intriguing groups out and about in the sensation story.

Here I would portray Afreen as an especially jealous, happy, and rude young woman. While Mahnoor, of course, is a real sweetheart, she is extraordinarily clear and genuine.

This drama is aired at 8:00 PM and usually, the link is posted here at about 9:00 PM. Here are the links from Bichoo Episode 74.

Here is a link to enjoy the trailer (Teaser) for the 75th episode of this beautiful drama.