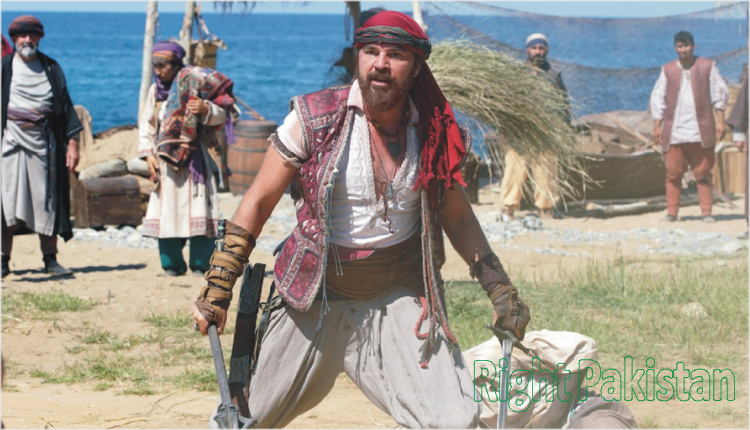 The rise of Oruj Barbarossa and Khairuddin Barbarossa, who established their rule in the Mediterranean without participation, is a beacon of light for the Islamic world.

Before the Barbarossa brothers, the Muslims had power on land but their power at sea was limited.

In addition to Spain, England, and France, the ships of Geneva and Italy were the leading Mediterranean Seapower.

But the Barbarossa brothers came to the sea and subdued all these naval powers, and the Mediterranean became known as the Islamic Sea.

The Barbarossa brothers were born to a Turkish Janissary soldier. The military officer’s name was Yaqoob Aga.

He is also named as Ebu Yusuf Nurullah Yakup Aga.

After leaving the army, Yaqoob settled on the island of Midilli (Lesbos).

The island was conquered by the Ottoman Turks in 1462 AD. Yaqoob married a woman of Greek descent.

The second son was Ilyas, a religious man.

The third son was Ishaq and the youngest was Khidr, who later became known worldwide as Turkish Admiral Hayreddin Barbarossa.

Yaqoob was allotted some land by the Ottoman army on the island of Midilli (Lesbos), where he set up a pottery factory in addition to farming.

Yaqoob also bought a small ship, with which the vessels were shipped to different areas.

He was an amazingly brave and aggressive man. Oruj soon took his ship to the surrounding islands for business.

Ishaq was a carpenter by profession. When Oruj took command of his ship, Ishaq also began to work with him on the ship.

His father, Yaqoob, was a good, honest, and brave man. Yaqoob had trained his children very well.

That is why the Barbarossa brothers lived a very pure and clean life which was an attribute of their character. (to be continued)

A drama series is also being presented on TRT1 on the legend. If you want to watch this drama, here are the links are given below.

Click the following link to watch Episode 1 with Urdu Subtitles

Link for Barbaroslar Episode 1 with Hindi and English Subtitles

Click the following link to watch Episode 1 with English Subtitles

Click the following link to watch Episode 1 with Arabic Subtitles

Click the following link to watch Episode 1 with Bangla Subtitles