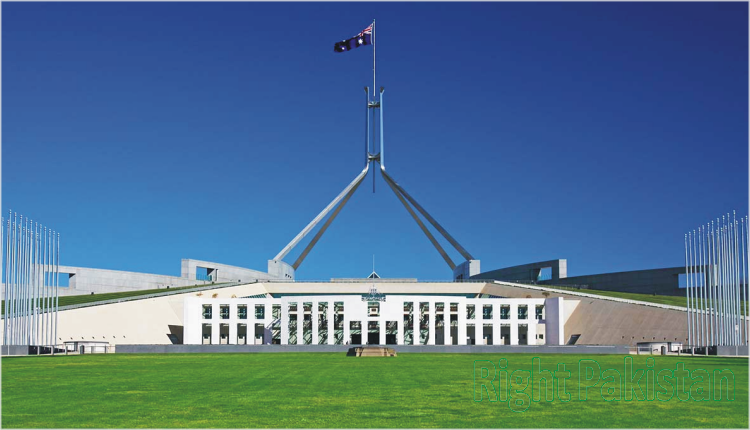 Sydney: Australian parliament video scandal has shaken the country. Although the senior official is suspended, but the common man is questioning what is going on in the Australian Parliament?

There was already a political crisis ongoing in Australian politics. But a new twist has emerged in this politics with videos of parliamentary staff abusing woman inside the parliament building.

A senior official is seen abusing a women sexually on a desk of a female lawmaker in this video.

Although the senior official has been fired after the videos surfaced, but this case was followed by a wave of accusations that created a crisis in Australian politics.

The case came to light after Britney Hughes, a female official claimed she feared losing her job after claiming alleged harassment.

Britney Hughes, the victim alleged she was raped by a senior staff member two years back in March 2019, but was pressured not to report the incident to police.

A former staff member leaked these videos to the Australian media. The official said that there were so many videos that he wasn’t upset or surprised.

“These videos are two years old. There was an atmosphere where men felt they could do whatever they wanted and some of them even lost their values,” he said.

Reaction of Govt and People

On one side people protested over the immoral and unethical practice going on inside the parliament.

On the other hand Australian Prime Minister Morrison said “I was shocked to see these videos. We have to straighten out our house. We have to put politics aside and first acknowledge the problem and then fix it.”

The government’s handling of this issue was also questioned because Michelle Laundry, an MP from Govt side said she regretted the official’s dismissal.

There were exchanges of comments between Opposition and Govt member over the Govt’s handling.