5G service to be launched in Pakistan by January 23: Minister for IT 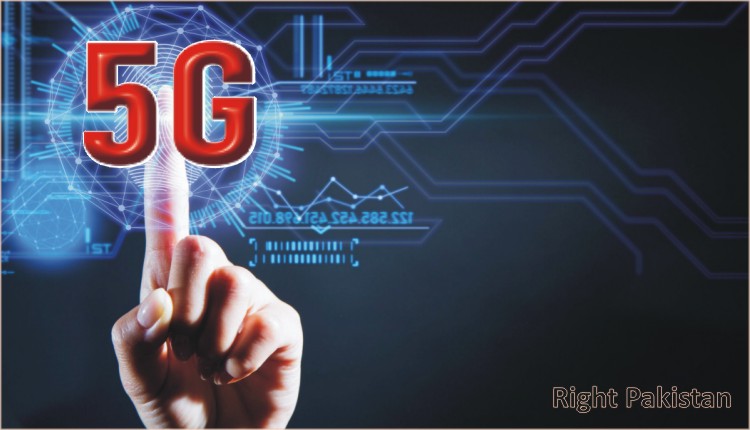 ISLAMABAD: Federal Minister for Information Technology Aminul Haq has said that the 5G service is to be launched in Pakistan by December 2022 or January 2023.

On the formation of the Five G Advisory Committee, Federal Minister for IT Aminul Haq said that the committee would review the spectrum available and used in Pakistan as per international standards and approve it after reviewing the strategic plan for launching services.

Stakeholders, especially telecom companies, will also be consulted for the strategic plan.

5G service to be launched in Pakistan Syed Amin-ul-Haq said that the committee would also approve the procedure for auction of the 5G spectrum in light of the consultant’s suggestions.

The 5G spectrum auction will be made workable keeping in view the concerns of the telecom sector.

The establishment of 5G ecosystems under Digital Pakistan Vision is important for the economic development of the people and the country.

He said that efforts are being made to launch FiveG services in Pakistan by December 2022 or January 2023.

Aminul Haq further clarified that in the initial phase, 5G services would be launched in five major cities of the country.

The Federal Minister further said that the imposition of additional taxes on telecom sectors has created some difficulties.

In principle, the more incentives are given to the telecom sector, the more revenue the country will get.

Earlier, the Ministry of IT and Telecommunications issued a notification setting up an advisory committee for the Five G auction.

According to the decision of the federal cabinet, the advisory committee headed by Finance Minister Shaukat Tareen will consist of 13 members.

According to the notification, Federal Minister for IT and Telecommunication Syed Aminul Haq, Minister for Science and Technology Shibli Faraz, Minister for Industry and Production Khusro Bakhtiar, Advisor on Trade and Investment Board, Department of Finance, IT, and Secretary of Law is also part of the advisory committee.

While members of Telecom, Chairman PTA, Frequency Allocation Board, officials of important institutions will also be members of the committee.